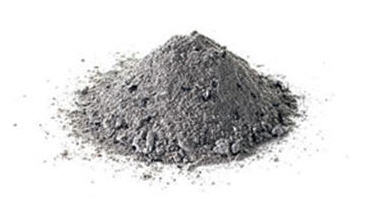 The body of the first victim of Ebola Virus Disease in Nigeria, who died in Lagos on Friday, has been cremated.

Reports say the eveny was witnessed by officials of the Lagos State Ministry of Health and the Nigeria Centre for Disease Control, NCDC, led by its Project Director, Professor Abdulsalam Nasidi, among others.

Patrick died Friday night at the First Consultant Medical Centre, Obalende, Lagos where he’d been receiving treatment. His condition was said to have worsened. Sawyer, who was an official of the Liberian Ministry of Finance, arrived in Nigeria on Sunday July 20th for a conference.

The decision to cremate the body of the victim, it was gathered, may not be unconnected with the deadly nature of the Ebola Virus which is known to be easily transmissible from human to human during handling of corpses of victims. The Obalended hospital where he died had been cordoned off.

The World Health Organisation recommends that in communities where there is an outbreak of Ebola, appropriate containment measures including burial of the dead should be properly handled.

While stating that people who die from Ebola should be promptly and safely buried, WHO? notes that cremation, which is the application of high temperature to reduce bodies to basic chemical components (ashes),? is ideal for safe disposal of bodies of persons who die during outbreaks of highly infectious diseases such as Ebola Virus in order to minimise further transmission.

In 2013 the Lagos State Government introduced its Voluntary Cremation Law under which a person may signify interest to be cremated at death or a deceased’s family members who must attain the age of 18 years, can decide to have the corpse cremated.

Under the law the state government can also cremate unclaimed corpses in its mortuaries after a period of time and the ashes disposed after a 14-day notice with approval of the Commissioner for Health.

Cremation is the use of high-temperature burning, vaporization, and oxidation to reduce dead animal or human bodies to basic chemical compounds, such as gases and mineral fragments retaining the appearance of dry bone. Cremation may serve as a funeral or post-funeral rite that is an alternative to the interment of an intact dead body in a coffin or casket. Cremated remains, which do not constitute a health risk, may be buried or interred in memorial sites or cemeteries, or they may be retained by relatives and dispersed in various ways. Cremation is not an alternative to a funeral, but rather an alternative to burial or other forms of disposal.