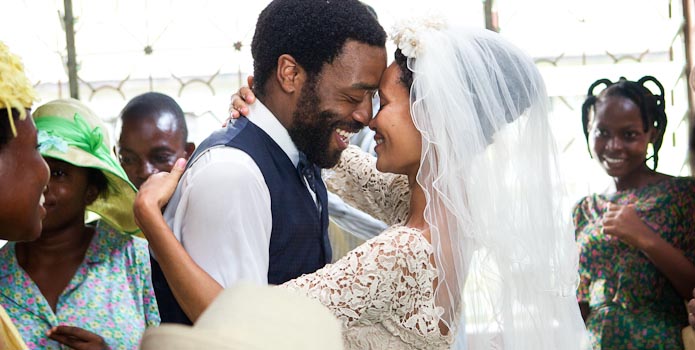 Press Release issued by distributor of the movie, Half Of A Yellow Sun” . Following a statement issued by the National Film And Video Census Board.

May I use this opportunity to comment on the Statement below released to the press and general public on Thursday 19th June 2014 by Caesar Kagho on behalf of the National Film and Video Censors Board (NFVCB), with respect to the classification process for the film “Half of a Yellow Sun”.

FilmOne Distribution Limited is the distributor of HOAYS whilst Filmhouse Cinemas is a film exhibitor like others including Silverbird Cinemas and Genesis Deluxe Cinemas. This kind of misunderstanding of roles is why certain quarters of the industry claim that the Board does not understand the film industry.

The NFVCB wrote to Filmhouse Cinemas on the 27th of May (not to FilmOne) in response to several correspondence sent to it by FilmOne Distribution, requiring certain parts of certain scenes to be edited.

Contrary to the impression given by the statement, FilmOne (not Filmhouse Cinemas) has been in communication with the Board in response. In addition, FilmOne spoke to the Board on the 17th of June and arranged a meeting for the 18th in Abuja.

At this meeting (attended by the DG NFVCB, 3 NFVCB Directors/Heads including the writer of the NFVCB press statement, and the MD FilmOne) FilmOne broke down the financial consequence of making edits, re-mastering and re-printing of copies of the film and its resultant effect on the commercial viability of the film’s cinema release in Nigeria.

Nevertheless, FilmOne presented to the Board edited scenes in accordance with the Board’s requirement. The Board watched these edited scenes and expressed their satisfaction with the edits. The Board then stated to the MD FilmOne that they would meet and communicate this officially.

It was then a surprise to FilmOne distribution to see a Press Statement released on the 19th of June (a day after this meeting) claiming that:
“It is note-worthy that since the correspondence from the Board to the Exhibitor, a response is yet to be received that may facilitate further regulatory actions as may be deemed necessary”
And
“Once the areas highlighted are resolved, the NFVCB as a regulator shall communicate a rating of the film as may be deemed appropriate”.

I would like to state that despite the additional costs associated with editing, re-mastering and re-printing, as at Wednesday 18th June, FilmOne in conjunction with the film producers, have satisfied this edit requirements by the NFVCB and are now looking forward to receiving an official classification from the Board.

I am therefore at a loss as to the intention of the public statement released by NFVCB. We found this highly unnecessary and does not “set the records straight on the status of the movie”.

I am truly glad that the NFVCB is now satisfied with the effort we have made to meet the requirement they asked for. We now look forward to announcing a new release date for “Half of a Yellow Sun”.
Signed,
Kene Mkparu
FilmOne Distribution Limited