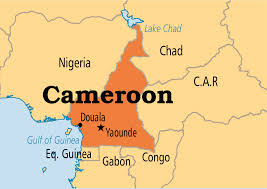 The National Boundary Commission has cleared the air over an alleged plot to cede some Nigerian communities to the Republic of Cameroon.

This was contained in a statement on Friday in Abuja by NBC’s Head of Media and Publicity, Mrs. P.A.O. Baker.

The statement said the Commission had embarked on pillar reconstruction along the Nigeria-Cameroon border in Taraba, Cross River and Benue states.

It said neither the current nor previous pillar reconstruction exercise undertaken by the Cameroon-Nigeria Joint Commission had the effect of ceding any territory to another nation.

It said the clarification became necessary following complaints by Biajua and Danare communities in Boki Local Government Area of Cross River that had alleged ceding of Nigerian villages to Cameroon.

The communities made the allegation in a newspaper publication of June 4.

The statement said, “Contrary to the alleged reason for the exercise, it aims to clearly demarcate the legally known and accepted boundaries between the two nations.

“It also aims to reconstruct boundary pillars, with the standard pillars approved by both countries in accordance with the Anglo-German Agreement of 1913 for the benefit of the authorities and local populations.’’

It said the commission was carrying out the exercise in agreement with states, local government, and traditional authorities in the affected areas.