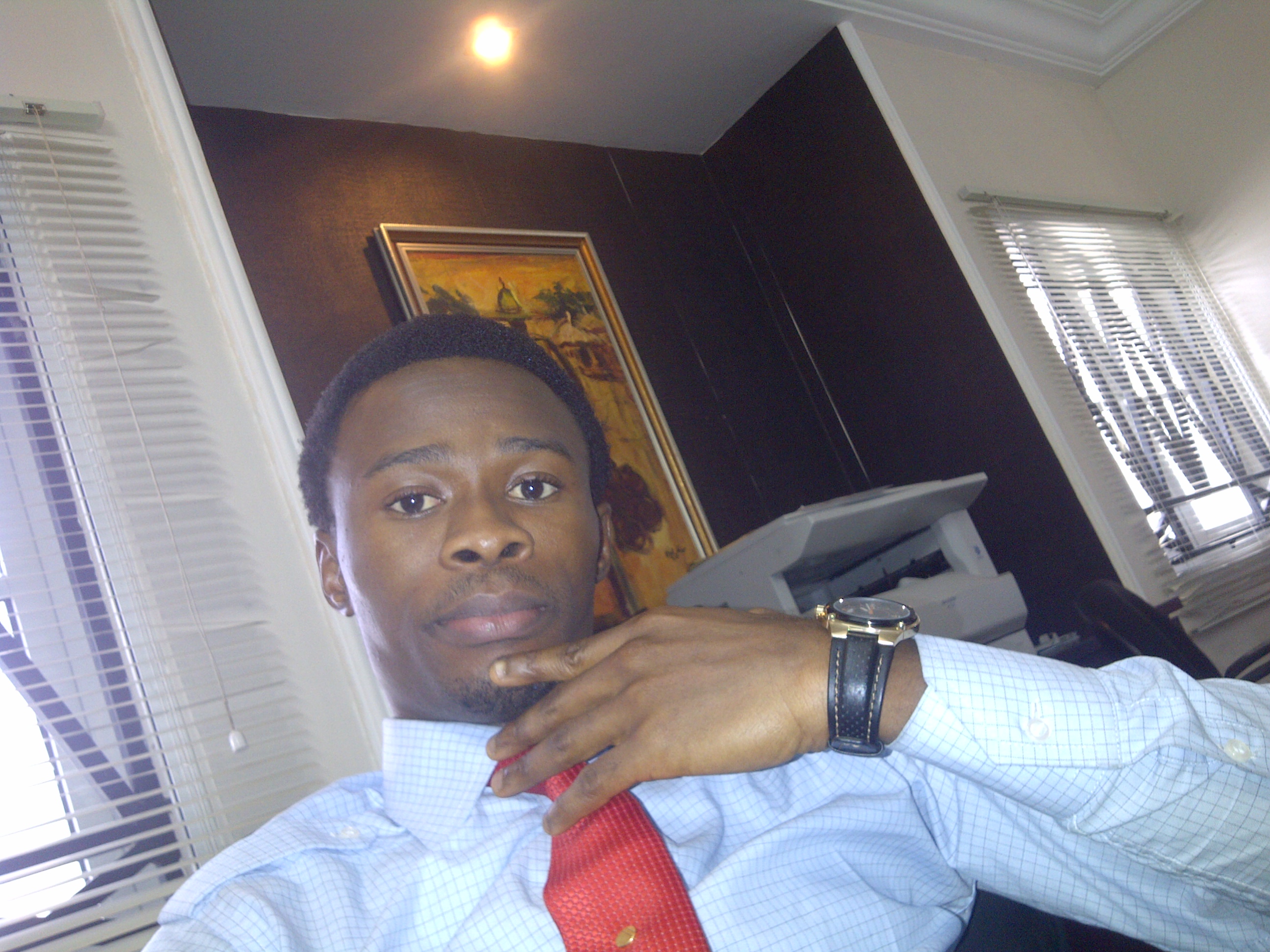 The names of the families are Arewa, Yariba and Ndigbo. These families have very different characteristics. Arewa family are the largest and highly temperamental. This family believe it is their birthright to lead others wherever they find themselves as God ordained them to be leaders right from the time of creation. Not that they are too good at that though. The Yariba family are the most educated but very hypocritical and arrogant. They believe that since they have the most exposure and education, they are better than every other person alive. The Ndigbo family are the most illustrious, industrious albeit greedy people.

Before Lord Laguda left them, he placed the Arewa family as the leader of the Naigara clan and ensured the family was placed in vantage positions. This did not go down well with the two other families and sub-families who felt like second class citizens in Naigara.

So, there we have it. Three unrelated families staying together as ‘one’ in a house.

As is the case with things built on shaky foundations or marriages built on deceit and cohersion, things started falling apart. The center threatened to start withdrawing it’s support

After Lord Laguda left them and allowed them rule themselves, these people started showing themselves as lacking the ability and capability to lead. In the Yariba family, there was serious fighting between Owolowo and Abintola over who will emerge as the Mogaji of the Yariba ruling house. This fight led to serious crisis and soon, Yaribaland was named Wild Wild West. Politicians and council chiefs in Naigara suddenly made the treasury of Naigara their own. The Agbekoya boys (Military boys) watched as things had degenerated in Naigara. They had to act fast.

The crisis got more intense. There was an attempt by some members of the Ndigbo family to overthrow the leadership of the Naigara clan and install the ambitious Yariba man called Owolowo (he was in jail then). The coup failed but an Ndigbo man named Oronsi emerged as leader. The Arewa family members were very unhappy with this development. Since naturally, they have been ordained by God to lead and for others to do follow follow, they couldn’t imagine themselves being led by those Ndigbo people. Some members of the Ndigbo family started singing and dancing Ayinla Omowura’s subliminal songs to taunt the Arewa family. The members of the Arewa family prevailed on their militiamen to take over power. They did, and Oronsi was killed. As if that was not enough, members of Ndigbo family were killed like chicken. It was a massacre. It got so bad that children of the Ndigbo family ran away from the apartments of the other families back to their own wing of the house.

To make things worse for everybody, Kowon decreed that from then on, each family will cease having their own exclusive apartments (End of Regionalism). Each party, he said will have to share the main sitting room. Furthermore, he decreed that each familes will have to convert their large rooms into 4 rooms (Creation of more states). Olukwu thought these policies were aimed at the Ndigbo people.

People tried to broker peace between Naigara and the Ndigbo family. Olukwu and Kowon were invited by Kofi Asante to the land of the black men called Khana. To a place called Akuri precisely . At the meeting, Olukwu (Oxford trained guy) asked Kowon “Do you concur that the Ndigbo family should secede and go on their own”? Kowon who did not understand the meaning of the word ‘concur’ said “Yes, I concur”. So Olukwu got back home and told the Ndigbo people “Kowon has agreed that we can go on our own o”.

Pronto, Kowon said “I didn’t agree o. I only concurred!”

There was no turning back from here. Olukwu in a room known as Ahiara declared that from now his people had formed the Republic of Biafra and ceased to be a part of Naigara. Kowon refused to concur this time around.

And a bloody war began.

The Naigarians and Biafrans fought a very bloody war. The Naigarians however failed and/or refused to keep the battle to the battle ground. They went into the rooms where the children of the Ndigbo slept and killed their children. They went to the markets, hospitals, schools and threw bombs. They killed the old harmless people waiting for God to kill them honourably. They killed the goats and chicken who were deserving of honourable deaths on Christmas Day only. They dishonourably took the virginity of the young girls.

They killed innocent Biafrans and their animals.

That was it. Innocent children who did not know the cause of the conflict were made to pay. These children who were used to eating Ogbono and Akpu now saw lizards as a delicacy to crave for.

Lizards ran out of stock. Wall geckos too. Delicacies. Gone. Nothing more to eat.

Kwashiokor, marasmus and all sort of diseases set it. Breast-feeding mothers ran out of breast milk to give their badies. The babies died. The mothers anguished. 9 months of hard labour. Gone. Wasted.

Owolowo, Kowon, Banjamin Adakunle and the Naigarians failed to remember that wars should only be fought on the battle field and that civilian targets should be avoided as much as possible. That is in consonance with the Geneva convention.

The water in Biafra turned to blood. There was no food anywhere. No medicine to cure the sick. The soldiers were weary. The Naigarians were winning. Olukwu ran way and left his people behind.

The war was over.

It is appalling that the tales of the Biafra war are being kept away from the public. From this present generation. The leaders of tomorrow.

Nigerians love to live in grand illusion and/or insane delusion. They like to believe things are fine even when it is clear to see. We love to wish away things; consoling ourselves that things can be worse and so we should be content with the present.

I have news for you.

You wish you can wish away history? You cannot. History is not something to be avoided or hidden from public glare. It is something to be taught to the present generation so the future can be better and they can learn from the mistakes of the past generation.

The immediate and remote causes of the January 1966 coup, the July 1966 coup, the Biafra genocide are being hidden from this generation who ought to be the leaders of tomorrow. The mistakes that led to the 1966 coups, the Western Nigeria crisis of the early 1960s, operation wetie, the 1976 coup are being repeated albeit unknowingly. Those who do not remember the past are condemned to repeat it. If you do not know your history, then you don’t know anything. You are a leaf that doesn’t know it is part of a tree.

Last Saturday, I attempted to conduct a history class on Twitter to share my little knowledge of the causes of the Biafra war to my followers. I received strange calls and subtle threats. Many people felt telling the story of Biafra is wrong. Some said telling the story of Biafra will ignite another war. Others who are of the opinion that no wrong was done to the Igbos are also against the telling of the story. Why?

Many Nigerians derided late Chinua Achebe when he wrote ‘There was a Country’ which was his own account of the Biafra Genocide. Many are of the opinion that Achebe was just a bitter old man who wanted to divide the country by opening old wounds.

Those thinking that way have stunted intellectual development in my opinion. Is the country not divided as we speak? Are the causes of the civil war not being repeated? Were the Igbos not massacred and ill-treated by the rest of the country? Did Achebe not have cause to be angry and disillusioned? Was this so-called ‘Biafra War’ not a genocide? Are Igbos still not being marginalized till today? Are people still not taunting the Igbos over the loss they suffered as a result of the war? Do some dim-witted writers like Femi Fani-Kayode still not write articles to deride, sneer, jeer and belittle the Igbos? Everything in ‘There was a Country’, are they not being repeated today?

The Government should take the bulk of this blame. Hiding the history of Biafra from this generation, banning films on Biafra and so on are irresponsible. If the story of Biafra has been told repeatedly and we learn from it, we won’t have MASSOB today. Had government learnt from Biafra and taken steps to assuage the ill feelings the Igbos still have towards Nigeria, we won’t have a group like MASSOB. I know it as a fact that many Igbo people still welcome the idea of seceding. That is what happens when government refuses to publicly acknowledge that these people were wronged, apologize publicly and compensate them duly. This is also what happens when you relegate the story of the great suffering of these group of people to the background as if they are unimportant.

To the ethnic group that rose from the claws of near extermination to be the driving force of Africa’s largest economy, you have my respect.

The Nigerian Government may try to ‘forget’ you but to well-meaning Nigerians who love history, who know the history of the Biafra War and are not cold and wicked, you are not forgotten.

Ayokunle Odekunle is an Associate in one of Nigeria’s largest full service law firms. He tweets from @Oddy4real