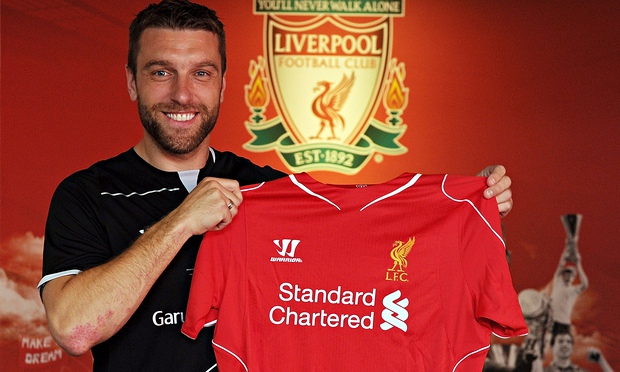 Liverpool Football Club has completed their first signing of the summer transfer window after sealing a £4.5m deal which will bring in Southampton captain, Rickie Lambert to Anfield in a two-and-a half year deal.

The 32-year-old striker spoke to the club’s official website after putting pen to paper:

“I can’t believe it. I’ve loved this club all my life. I left here 17 years ago – and I haven’t stopped loving it since.

“I know how big Liverpool are – and it means everything to me – but I know what is important; I know it’s what I do on the pitch and the minutes I play. I know that’s what matters, and that’s what I’ll be focused on.”

“I Have No Ties To Match Fixing” Super Eagles Midfielder Laments