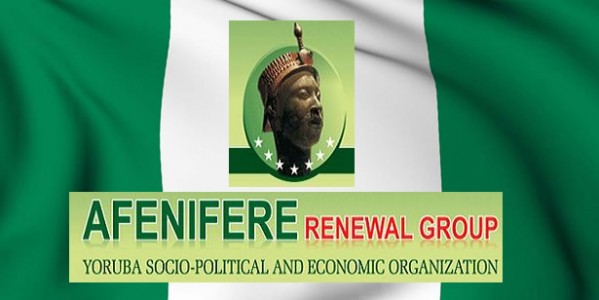 The Afenifere renewal group, a social political organisation at the National Conference has demanded for a regional autonomy to be granted the Yoruba in the Southwest or the people of yoruba will secede from Nigeria.

At a news conference to unveil the Publication of “Regional Autonomy or Nothing” at the Gani Fawehinmi Park, Ojota in Lagos, Southwest Nigeria Monday said it was displeased that many of its demands at the conference had been thrown away as the Northern group had ganged up to defeat autonomy for the regions.

General Secretary, Afenifere Renewal Group, ARG, Ayo Afolabi, said as the nation was going through trying period, one would have expected that “we all should seize any opportunity to build consensus and reclaim the country from wrong-footed ideas and practices that brought Nigeria to this sorry state where it is difficult to imagine a better future.

“We are therefore baffled at the take-it-or-Ieave-it attitude of delegates from other ethnic nationalities, particularly the Northern delegates who circulated a document full of fallacies few weeks ago. Those fallacies have now been exposed by the facts and figures contained in the publication we are unveiling today.”

Afolabi said it was inconceivable that northern leaders were the ones leading the campaign against devolution of power and restructuring of government, saying that if any region needed a stronger federating unit with greater capacity to provide education, health, security, wealth creation and other social amenities, it was the North where strong links exist between the level of poverty and conscription of innocent youths into extremist tendencies.

“It appears Northern leaders are not concerned, and indeed have no plan for the teeming youth from the region, as long as they are able to continue clinging to their hold on power. However, we are never in doubt that regionalism is the most viable instrument for a stronger and united Nigeria.”

He stated that the Yoruba people demanded a regional government with its own constitution and unfettered political and fiscal autonomy, except on issues it agreed to cede to the federal government, adding that the South West Region must include all Yoruba people outside the imposed artificial boundaries in Edo, Delta, Kogi and Kwara States.

Afolabi said the Yoruba people demanded a negotiated legislative exclusive, concurrent and residual list as well as a unicameral legislature at the centre as details of the Regional legislature shall be clearly set out in the constitution.

“We demand a parliamentary form of government at the centre and the right to self determination on and up to the right to secede. We demand a just and equitable taxation system that will treat the federating units with equality and better coordination at the federal level in order to eliminate the current rentier syndrome.

“We demand Fiscal Federalism and Resource Control: a system whereby a substantial part of the proceeds accruable from every federating unit will be retained and an agreed percentage contributed to the centre by the federating units for the responsibility of the Federal Government and the establishment of Regional Police,” he said.

Afenifere also demanded a new people‘s constitution, saying that the resolutions and conclusions of the 2014 National Conference shall lead to an autonomous Constitution, that is a home-grown and all inclusive draft that shall be submitted to the Nigerian electorate voting in a Referendum

The group further demanded a special status for Lagos as the economic nerve centre of Nigeria and the West African sub-Region.

“We are not enforcing our demands on others. They are free to explore whatever suits them while we should be free to organise our governance the way it suits us. For us Yoruba people, we demand Regional Autonomy for the South West Region within a united Nigeria. Yoruba people will effectively communicate to all other ethnic nationalities an understanding of the aims and objectives of the Yoruba people,” Afolabi added.