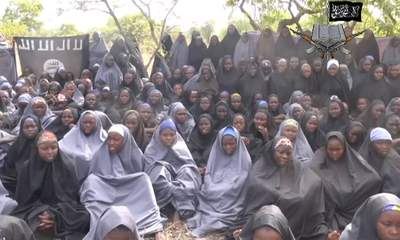 The Presidential Fact-Finding Committee on the abduction of the Chibok schoolgirls has expressed hope that the missing students will soon be found and re-united with their families.

This is contained in a statement signed by the Spokesman of the committee, Mr Kingsley Osadolor, on Wednesday after closed door meetings between the committee and some heads of security agencies.

The statement said the committee met separately with the Minister of Defence, Director-General of the National Intelligence Agency (NIA), and the Inspector-General of Police.

It said the defence minister, retired Lt.-Gen. Aliyu Gusau, described as unfortunate the mass kidnap of the schoolgirls and decried the advent of Boko Haram.

”The minister, however, pledged the support of the ministry to the realisation of the committee’s objectives.

“He also made useful suggestions, for which the committee chairman expressed gratitude,’’ the statement said.

It said the chairman of the committee, retired Gen. Ibrahim Sabo, restated the borderless nature of terrorism, stressing that the NIA had crucial role in the fight against terror.

The statement that said Sabo also stressed the need to get the support of the country’s neighbouring countries in the effort to free the abducted girls.

It quoted the Director-General of NIA, Mr Ayo Oke, as saying that the incident (abduction) has awakened a new sense of humanity and collective pain in all Nigerians and friends of Nigeria.

It said the Oke had briefed the committee extensively on the measures taken so far by the agency in the joint intelligence and security efforts to locate the kidnapped girls and free them.

“We will not know peace until these girls are found, we must agree as a people that this is the time to end the menace of Boko Haram,’’ the statement quoted Oke as saying.

At the session with the Police, the statement said that the Inspector-General of Police, Mr Mohammed Abubakar, explained the circumstances of the abduction and the immediate steps taken by the police.

It said that the I-G informed the committee of the ongoing investigations and the pursuit of leads that might assist in freeing the schoolgirls.