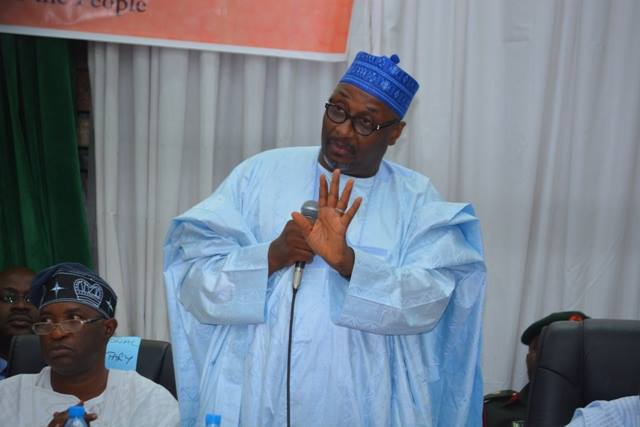 Our attention has been drawn to a well funded plot to use a section of the media to attack and discredit the person and office of the National Chairman of our great party, Ahmadu Adamu Mu’azu, with the aim of causing disaffection among our leaders and ultimately destabilize the party and our dear nation ahead of the 2015 general elections.

One of such unprovoked attacks has already appeared in the form of a fictitious article in the Thursday, May 8, 2014 edition of the Blueprint Newspaper.

Ordinarily, we would have ignored the said publication, but for the benefit of our teeming supporters and members we have decided to post this response. This is especially as those behind this fabrication have also commissioned other paid agents to launch further attacks on the person and office of our National Chairman.

We wish to state categorically that the claims made in the said article are totally false, maliciously and sponsored by disgruntled elements who have not been happy with the stability and wide-spread popularity our party has continued to enjoy since Mu’azu emerged as National Chairman.

For the avoidance of doubt, our National Chairman has maintained very healthy and robust working relationship with all our leaders at all levels across the country resulting in the impressive performance posted in the last three months.

It is common knowledge that since assumption of office, our National Chairman has continued to deftly apply his wealth of experience, his far-reaching connections and profound goodwill among Nigerians to stabilize and reposition our great party to the admiration of our leaders and members including President Goodluck Jonathan, members of the NWC, PDP caucus in the National Assembly, PDP governors, and our teeming supporters nation-wide, a feat for which he has been popularly dubbed the ‘Game Changer’.

In the last three months, Mu’azu has succeeded in shaming the enemies of our party by achieving unity among our people, restoring the confidence of the members in the leadership and regaining the trust Nigerians have in the PDP as the only vehicle to deliver democracy dividends to them, a development which would not have been possible without a good working relationship with the President and our governors.

The daily expansion of the support base of the PDP, return of defected members, influx of influential Nigerians from other parties and the rousing support witnessed at the nationwide unity rallies, all testify to the gains of Mu’azu’s leadership style.

Since his assumption of office, the National Chairman has continued to run an all- inclusive administration while ensuring that the PDP remained a well structured organization with well established departments where laid down administrative rules and regulations are strictly adhered to, resulting in unprecedented transparency and higher productivity.

Also, we wish to reiterate that Ahmadu Adamu Mu’azu is not an Acting National Chairman neither is he serving in acting capacity as published in the Blueprint article. Mu’azu remains an authentic substantive National Chairman of the PDP as his appointment in this capacity met the requirements of the PDP Constitution.

While we urge our members, supporters and indeed all Nigerians to disregard this malicious publication and others that may follow, we wish to assure that our National Chairman enjoys the support of all party leaders and members at all levels and shall not be detracted or distracted by such ill-intentioned publication.

Those seeking to sow seeds of discord in our party must understand that they have already failed as the PDP has emerged from its challenges stronger and more united, and shall not in anyway whatsoever be taken off-course by such evil machinations. The PDP under Mu’azu as National Chairman is completely on course and shall remain the pre-eminent party wholly committed to the national interest and the welfare of all Nigerians in line with our manifesto and visions of our founding fathers.

APC Will Not Impose Candidates On Members – Governor Wamakko