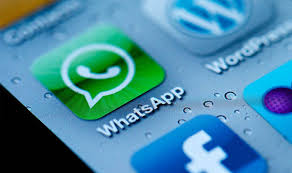 Mark Zuckerberg has said repeatedly that he fully expects WhatsApp to reach one billion users. Now, the mobile messaging service is officially halfway there.

WhatsApp announced Tuesday that it has hit 500 million active users just less than five years after launching. That’s up from around 450 million in mid-February when Facebook announced plans to acquire the company for $16 billion, plus another $3 billion in restricted stock units for employees and the founders.

“In the last few months, we’ve grown fastest in countries like Brazil, India, Mexico, and Russia, and our users are also sharing more than 700 million photos and 100 million videos every single day,” the WhatsApp team wrote in a blog post. “We could go on, but for now, it’s more important that we get back to work — because here at WhatsApp, we’re just getting started.”

Facebook reached the 500 million milestone in July 2010, a little more than six years after the social network launched. At this pace, WhatsApp should reach the one billion mark faster than Facebook did.

Related Topics:FacebookWhatsappMark Zuckerberg
Up Next

How To Get Twitter’s New Profile