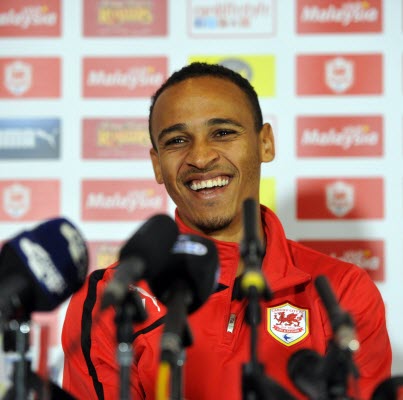 Stoke City attacker, Peter Osaze Odemwinge has said he can add quality to the Nigerian Super Eagles if he is invited for the 2014 World cup in Brazil.

Speaking to FourFourTwo Magazine UK, he said he could add something to the team which has been performing fine without him

“It’s not a question of whether I believe I will strengthen the team, I will be a useful player for the team, and I want to be there. It’s a team that has been doing well over the past year, but every team needs depth.
“The World Cup is about 23 players, not just 11. The matches come every three or four days, there can be injuries and other things,” the 32-year-old said.
“I am 100 per cent sure I would be a great addition to our national team in the World Cup. I’m in good form physically and psychologically,”

Osaze has been on form for The Potters since joining in from Cardiff in the winter transfer. The forward agrees he is approaching the end of his international career but suggests he still has something to offer.

“Of course, I’m available. I’m getting very close to the end, but I’m not there yet,”

“I have more years in me for the Premier League and the quality is still there.“The question was never whether I wanted to play. Whenever invitations came, I answered the call and I happily accepted them. In Nigeria, we say “e get as e bi”, meaning ‘that has to do with the situation.”

Yaya Toure May Miss The Rest Of The Season – Pellegrini