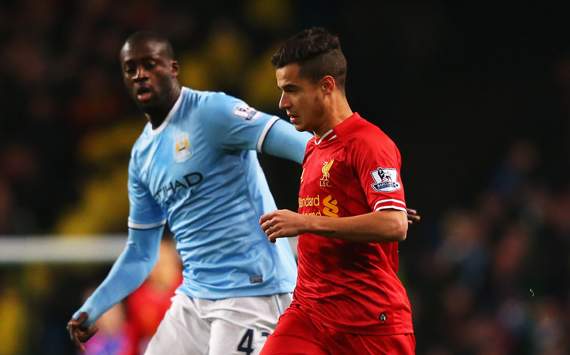 It seems premier league side, Manchester City is about to suffer another setback to their title ambitions this season.
Despite losing 2-3 to Liverpool in the league on Sunday, Man City lost Yaya Toure in the game to a knee injury after 19 minutes of play.
Things are about to move from bad to worse as Yaya Toure who is considered the lynch-pin of City’s midfield may be out for the rest of the season due to that injury sustained during the gruel encounter.
This was revealed to Sky Sports by Manchester City’s manager, Manuel Pelligrini on Monday.

“It’s difficult for Yaya to be in the next game. We will see tomorrow, I don’t know how serious he is injured,”
“I think it will be difficult for him to finish playing this season.”

Yaya Toure has scored 22 goals in 42 appearances for City this season.