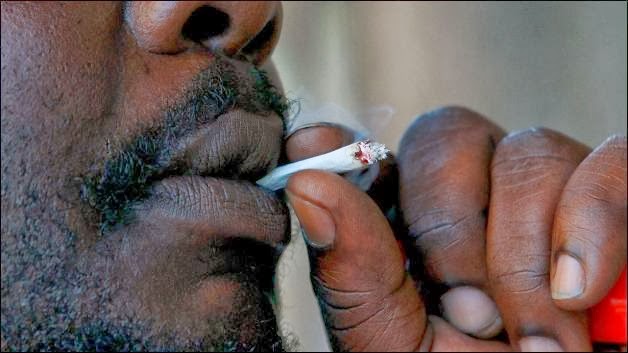 The Federal Executive Council on Wednesday approved the draft National Tobacco Control Bill 2004 that will be sent to the National Assembly as an Executive Bill for promulgation into law.
Minister of Information, Mr. Laban Maku; and the Minister of Health, Prof. Onyebuchi Chukwu, the Bill recommends a minimum of six months imprisonment or N50,000 or both for individuals that smoke outside public places designated as smoking areas.

The ministers made the announcement State House correspondents at the end of the Federal Executive Council meeting presided over by President Goodluck Jonathan.
“This is not the first attempt in Nigeria to control the use of tobacco in this country. In 1990 we had a decree which tried to place some control on the sale and use of tobacco products and in 2001, it was repealed and re-enacted to become the National Tobacco Control Act of 2001.

“The whole idea is to make it stiffer, but when in 2004, Nigeria along with other nations of the world signed the 2004 WHO framework convention on tobacco control, there was then the need to bring our laws in conformity because we actually as a country ratified that convention the next year which was 2005.

The Health minister maintained that all forms of advertisement of tobacco is totally banned under the proposed law.

He noted that the penalties for corporate offenders varied from N1million to N5million and one year to two years imprisonment for the chief executives of such firms.

He added that while the law forbids government from accepting gifts from tobacco firms, it also bans the firms from sponsoring any public event.

When it finally becomes a law, he said 50 per cent of the packaging of tobacco is expected to be used to warn the public of the risks involved in smoking.

Chukwu said the government would set up a standing committee that would assist law enforcement agencies in implementing the law.

He said the present administration decided to work on the Bill because the provisions of a similar one passed into law in 2001 were considered to be weak.

He listed some of the diseases linked to smoking to include cardiovascular diseases such as heart attack and stroke; cancer, especially that of the lung; as well as chronic respiratory disorder.

“The bill is to protect Nigerians against the harmful effects of tobacco. We know that tobacco is dangerous, tobacco is the cause of many deaths and it causes so many illnesses.”

He said the Global Adult Tobacco Survey on its part showed that 10 percent of men in Nigeria smoke while 1.1 percent women smoke.