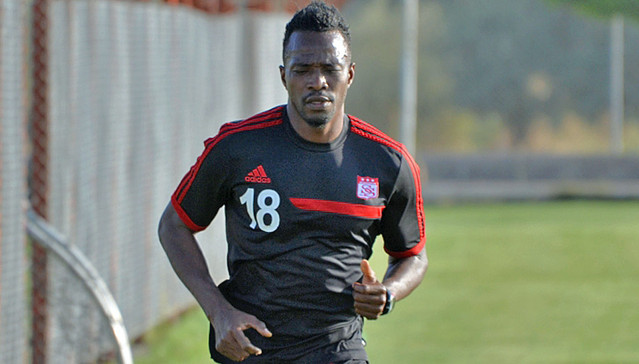 32 years old Nigerian attacker, John Utaka has revealed he hopes to be at this year’s world cup in Brazil and will be disappointed if he is not chosen bu Coach Stephen Keshi.

Utaka was recently absent for five weeks for his Turkish club, Sivasspor after suffering  a hamstring injury. Upon his return, he has regained his goal-scoring  form and wants to be listed in Nigeria’s provisional World cup squad. Utaka was part of the 2002 and 2010 World cup squads.

Speaking to MTNfootball.com from his base in Turkey, Utaka said

“I will be disappointed if I’m not considered for the World Cup because I’m still playing football and still available to play for my country.

“But if I’m not picked, I will not hold any grudges.”

Whether he is selected or not, he rates the Super Eagles chances at the World Cup highly and tips his country to even win the World Cup.

“We should reach the semi-final and why not even win the World Cup?

“Nobody gave us a chance when we won the Olympics in 1996, but we beat the likes of Brazil and Argentina to do just that.

“Also, see Ghana at the last World Cup – they were so close to reaching the semi-finals, but for that missed penalty.

“We just have to believe in ourselves and go for it.”

Cech Does Not Fear Courtois’ Return