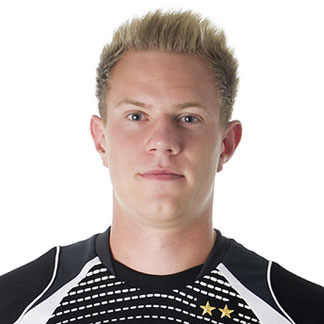 German international, Marc-Andre ter Stegen has reacted to the transfer ban which has been handed to the club he has already agreed to join in the summer, Barcelona.

The Borussia Monchengladbach goalkeeper has made it clear that he will still leave his current club at the end of the season even if his deal with Barcelona fails as a result of the ban. Stegen has just over a year remaining on his contract with Borussia.

FIFA’s transfer ban on Barcelona will make the Spanish giants unable to buy any player in the next two transfer windows. Stegen made his reactions while speaking to Kolner Express.

“I haven’t heard anything about it and I don’t know why are you asking me now,”

“I don’t want to talk about it. I will definitely leave Borussia Monchengladbach in summer.”

Meanwhile, the footballer’s agent, Gerd vom Bruch, is quite confident the ban may not affect his client’s transfer as the deal was done before the sanction. He however believes that his client won’t be bereft of options even if the deal fails.

“You can be sure Ter Stegen will not be unemployed,”

“I’m not a lawyer but the question is if already done deals are affected or not.

“I know Marc-Andre has still a contract with Borussia Mönchengladbach but I can’t imagine he wants to stay longer,” Bruch told SID

Everyone wonders how Barcelona will cope if this deal collapses as the Catalans are set to lose their current first choice goalie, Victor Valdes on a free transfer this summer.