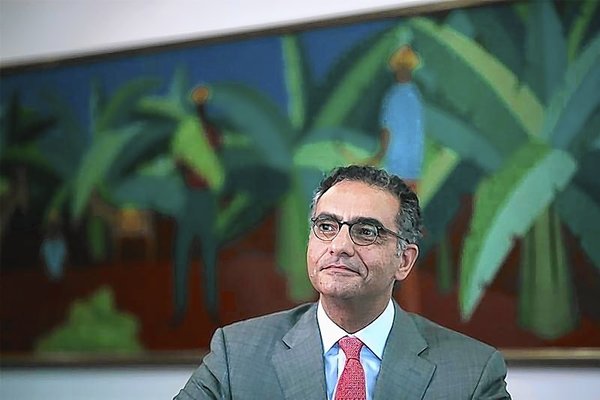 WASHINGTON (Reuters) – The head of a nonprofit that manages the infrastructure of the Internet defended on Wednesday the U.S. government’s move to cede oversight of the body, and downplayed concerns that Russia, China or other countries could exert control and restrict the web’s openness.

The Obama administration last month said it would relinquish oversight of the Internet Corporation for Assigned Names and Numbers, or ICANN, which controls the “address book” of the Internet, the master database of top-level domain names such as .com and .net.

It also helps keep order of the web by managing the numeric addresses that are assigned to each web address to ensure users find proper content when they look for websites.

The United States, which gave birth to the Internet, has overseen the process but since 1998 has contracted it out to ICANN. Since then, the Department of Commerce has planned to phase out its stewardship and has taken many steps toward that.

The U.S. contract with ICANN will expire in September 2015, and last month the Commerce Department said it plans to formally turn the oversight capacity, which it says has become symbolic, over to a global multi-stakeholder mechanism that the ICANN community will propose.

The plan has provoked a backlash among some conservatives and other critics who say it may allow countries interested in limiting their citizens’ access to some information on the web, such as China or Russia, to use ICANN as a venue to push for more restrictive Internet governance policies.

On Wednesday, the head of ICANN said the multi-stakeholder model – with governments, the private sector and other interested parties reaching consensus with equal power – will continue to restrain countries seeking to limiting the web’s openness and freedom.

“Everyone is focused on these three, four countries … but in between we have 150 other countries that value the same values we do,” ICANN’s chief executive, Fadi Chehadé, said in an interview after a congressional hearing.

“Our commitment to the multi-stakeholder model is not so much for the few who do not believe in it, it should be to the great middle mass that would like to see us stand by it and they will stand with us. This is the bet we need to make.”

Assistant Secretary of Commerce Lawrence Strickling also defended the move at the House of Representatives’ communications and technology subcommittee hearing.

“No one has yet to explain to me the mechanism by which any of these individual governments could somehow seize control of the Internet as a whole,” Strickling said.

“Do you really think that (Russian President) Vladimir Putin … can’t figure out some way to get control? China and Russia can be very resourceful,” Louisiana Republican Representative Steve Scalise fired back.

“The multi-stakeholder model, it stops them,” Chehadé told lawmakers in response. “I agree that people will talk about capturing (control of ICANN), but they haven’t. For 15 years ICANN has operated without one government or any government capturing the decision making.”

Other governments have recently pressed for the United States to formally shed its stewardship over ICANN in the wake of disclosures from former U.S. spy agency contractor Edward Snowden. Documents he released showed that U.S. intelligence officials scan vast amounts of Internet traffic.

The move was welcomed by various technology companies and consumer advocacy groups, but faces a political backlash.

Three House members have introduced legislation that would prevent the Commerce Department from shedding stewardship of ICANN’s work before Congress reviews a nonpartisan study of what the move would entail.

In the meantime, ICANN is deliberating on how to set up a new oversight mechanism, which U.S. officials promised would not be limited to governments.

Discussions began last week at ICANN’s meeting in Singapore, and the output from those talks is expected to be publicly posted for further comment on April 7, Chehadé said.

Both he and Strickling pledged to not rush the process.

“If we don’t get this right, there’s a whole world of damage that could be done,” Chehadé said in the interview.

Related Topics:RussiaChinainternetReutersICANNAlina Selyukh
Up Next