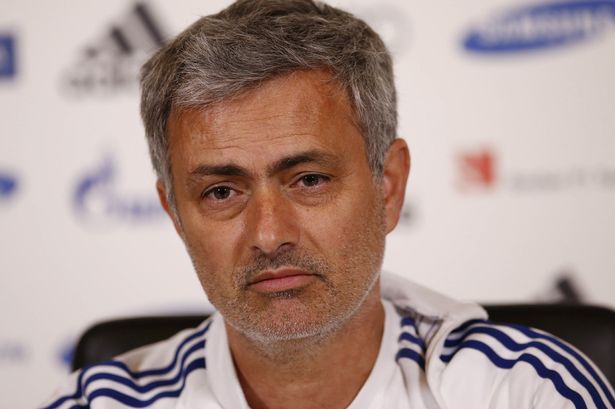 This is Mourinho’s eighth Champions League quarter-final in 10 years and that’s a factor Leboeuf believes will give Chelsea an edge over PSG.

This is Leboeuf’s take on the game he believes will be tough however:

”This will be a really tough game. They are two huge teams. It will come down to fine margins who goes through.?

”As a former Chelsea man I could not say anything else than that I want Chelsea to get through but I think that little bit extra experience will give them the edge.

”Mourinho has been seven times in the quarter-finals and never lost. That will play a factor.”

He also spoke about Swedish striker, Zlatan Ibrahimovic who worked with Mourinho at Inter

”It is not all about Ibrahimovic for PSG.

”He is a fantastic player, of course, so what you need to do is starve him of the ball. Chelsea need to make sure that he does not get any action on the ball. Neutralise him.?

”For me the key is PSG’s midfield – the three men behind Ibrahimovic who feed him the ball – Pastore, Motta and Matuidi or Cabaye, if he plays.

”These are all top quality players and Chelsea need to deal with them. They are all fantastic on the ball. So for me the balance of this game, where it will be decided, is in the midfield area.?

”Chelsea will have to be very very strong in that area. If they can control the midfield then they will get opportunities.?

”Because for me, PSG are weak in the wide areas. That is where players like Hazard, Schurrle and Willian can be a real threat. I think they can work those areas and cause some real problems.?

”Both teams try to keep the ball and they have the players that do it very well. They both try to tire out the teams they play against.?

”But Chelsea are a counter attacking side. They break and they attack so quickly. I think that will be the key.

”What Chelsea do so well is defend, and then counter. Which is why I think for them it is good to be away from home first in this tie.?

”PSG like to go forward and they like to play. So this will be perfect for Chelsea and why I think they can ‘kill’ this tie in Paris. Because they know how to attack the opposition.

”If PSG play like Arsenal did at Stamford Bridge, and simply come forward and play, then Chelsea can be devastating when they break behind them.?

”I can see Chelsea killing the tie there – and they won’t lose at Stamford Bridge.

”If you ask me what Chelsea’s weakness might be, I would say it would be Chelsea themselves. If they have a performance like they did at Aston Villa or Palace then they could be in trouble. They have to be on top of their game.?

”I don’t really see any weaknesses in their team apart from that – even if PSG try to get at them.?

”Obviously PSG will put them under pressure – but Chelsea have very strong centre backs and in Ivanovic and Azpilicueta they have great fullbacks.

”They all work very hard and well together as a unit and I think that will be a key factor. They work as a team – you don’t ever see a big gap between the lines with Chelsea.”