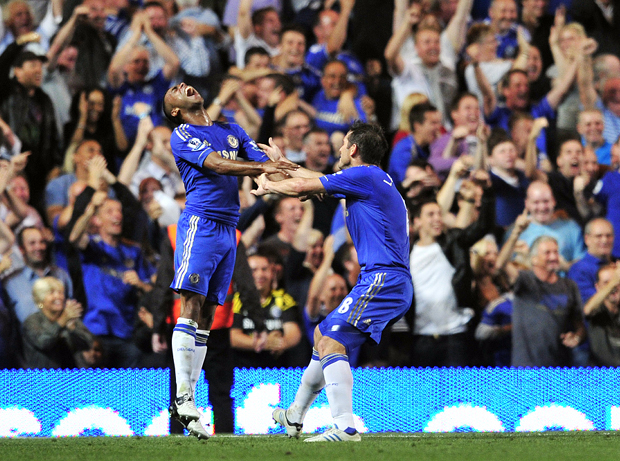 Out of favour Chelsea left back, Ashley Cole has reportedly been offered an £8 million two-year deal to join Real Madrid in the summer.
At the end of this current season, Cole will be a free agent and we hear he may be on his way to the Bernabeu as an offer has been made.
A source at the Bernabeu disclosed this to The Sun:

“Ashley is a world class player and Madrid have wanted to sign him for some time.
“It is now the perfect opportunity as he is free.”

Manager of Real Madrid, Carlo Ancelotti worked with the 33 years old English defender when he was in Charge of Chelsea between 2009 and 2011.

Under Jose Mourinho this season, Cole has lost his place to Cesar Azpilicueta. The English left back has only 12 premier league (which is unusual) starts to his name this season.

Leboeuf: Mourinho Will Give Chelsea Edge Over PSG

No United Move For Kroos This Summer