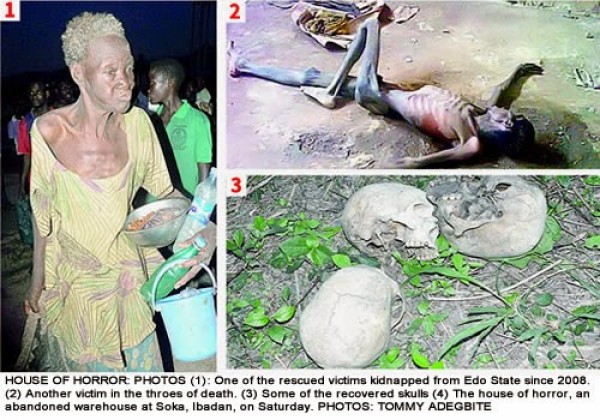 Nigerian police have opened a murder investigation after human skeletons and body parts were discovered in an abandoned building in the south-west.

Officers also rescued several people nearby who had been chained together and appeared severely malnourished.

The alarm had been raised by motorcycle taxi riders in the city of Ibadan after some of their colleagues went missing.

Several people have been arrested in the city – Nigeria’s third largest – a police spokeswoman said.

When police searched the abandoned building – dubbed the “house of horror” by the media – they found skeletons, decomposing bodies, skulls and bones on bloodstained floors.

A number of people were found shackled in leg-irons inside the building.

She said the motorbike riders had stumbled on the bodies after complaining to police about the disappearance of colleagues in suspicious circumstances.

“It is not a common occurrence in Ibadan or in the (Oyo) state. The police will investigate this crime in all its ramifications,” she said.

Observers say some victims of kidnapping are often tortured or used as sacrifices in black magic rituals.