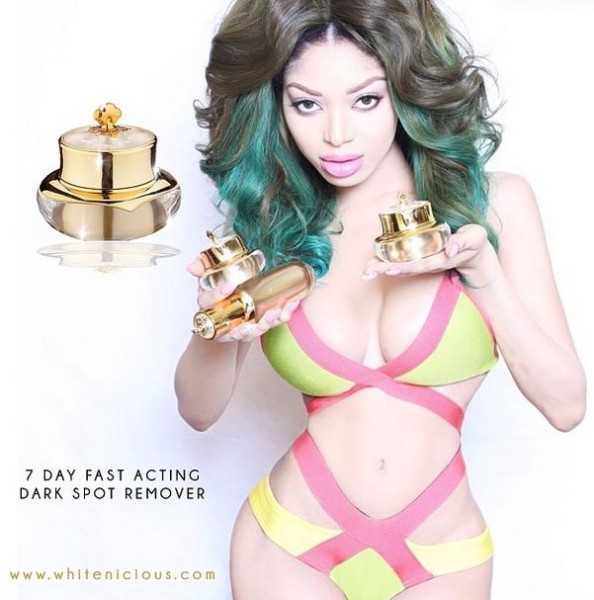 Cameroonian-Nigerian Singer, Dencia was on UK’s Channel 4 news last night as a guest. She spoke about her Whitenicious brand of dark-spot remover which apparently transforms dark people into ‘white’ people.
Phinnah Ikeji of Black Role Models UK was also on the show as a guest. She argued that it is a wrong message for the self-esteem of young girls.
Well, Dencia would have none of that as she argued as expected in favor of her Whitenicious products which has attracted so much attention ever since the launch

We have got the video!

LOL!!! Watch Your Celebs Fumble In A Bid To Define ‘Encapsulate’