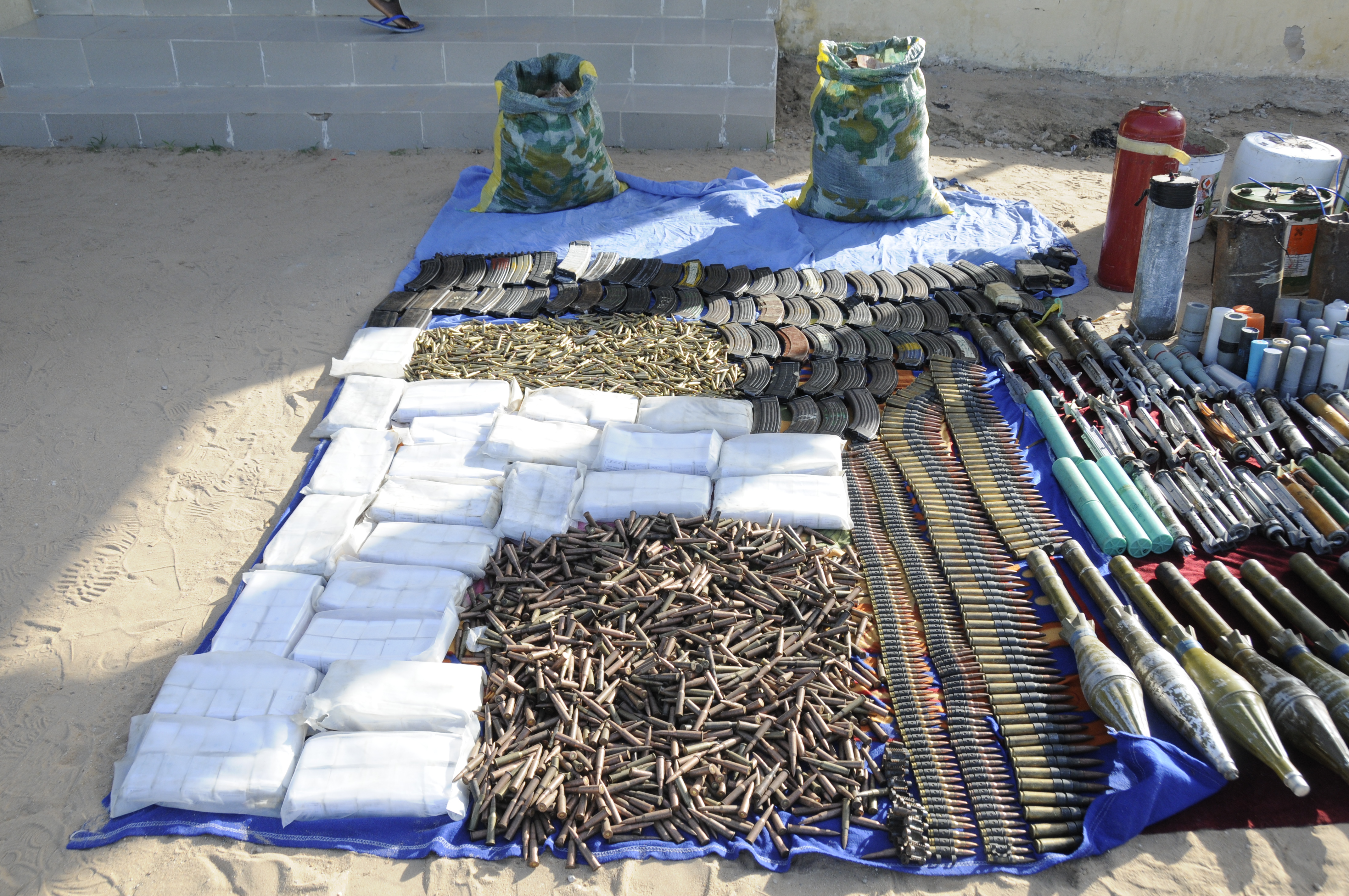 The arrest of a terrorist who claims to be a Cameroonian and an arms courier for the group has led to the discovery of a large cache of arms and ammunition hidden in the premises of a burnt church. The weapons, which have now been recovered by troops include Anti aircraft guns, rocket propelled guns as well as the General Purpose and other brands of machine guns , were found buried in the premises of one of the churches earlier burnt by terrorists in Kalabalge Local Government Area of Borno state. Also recovered from the location were thousands of various caliber of rounds of ammunition and links.

The middle aged man who led troops on the cordon and search operation towards the recovery was one of the terrorists captured in recent raids. He also disclosed that the weapons were stockpiled to be used in a pending attack on some communities around Nigeria- Cameroon border. The weapons have all been evacuated while Guard locations and patrols are being maintained in the general area and the surrounding localities.

Meanwhile , troops have continued with various operations assigned to the formations involved in the counter terrorist campaign .
The caves of a particular mountain captured overnight is undergoing a thorough search for terrorists who are believed to have fled there in the wake of the ongoing offensive on various terrorist enclaves. Arms are also the object of the cordon & search.

The Chief of Army Staff, Lt Gen Kenneth Minima has been checking on deployment & troops disposition in various locations of the theatre of the counter terrorist campaign in Adamawa, Borno and Yobe states. The army chief who is in company of his Airforce counterpart,Air Marshal Adesola Amosu, also visited troops who were wounded in the course of the operation so far, in the Military Hospital in Maiduguri. The Chiefs were assured by the commander of the Hospital , Brig Gen Okeke that most of the wounded soldiers were in stable condition that some who have on recovered very well, expressed their desire to rejoin their units & colleagues in the operation . The army chief however directed that the hospital should not hesitate let him know the requirement for any case requiring referral or further treatment any where.

The service chiefs are also undertaking a comprehensive air surveillance of the entire mission area in addition to the direct inspection of some key locations where operations are being conducted. They told reporters who accosted them for separate interviews while in Maiduguri that they were satisfied with the state & performance of the deployment so far, noting that substantial expectations of the counter terrorist campaign was being achieved.

Jonathan At The Vatican, Pope Francis To Visit Nigeria

Denrele, Reminisce, Sasha, May-D, Others To Headline Enough Is Enough Concert In Ekiti