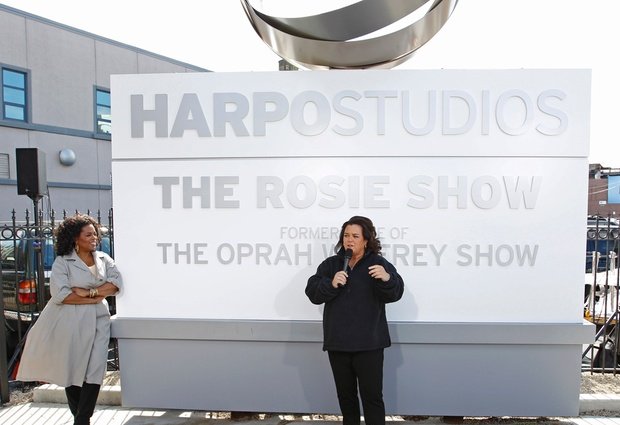 Philantropist and talk-show host, Oprah Winfrey has put up Harpo Studios situated in Chicago for sale in the next 30 days. Her Chicago apartment is also up for sale at $7.75 million.

From 1990 till 2011, ‘The Oprah Winfrey Show’ was filmed at the Harpo studio. She later closed the talk show and launched the ‘Oprah Winfrey Network’ on cable.  Oprah revealed the purchasing agreement to Crain’s Chicago Business via a statement.

‘We have entered into a purchasing agreement with Sterling Bay for the four-building Harpo Studios campus in Chicago’s West Loop, We expect the transaction to be closed in 30 days. The property will be leased back to Harpo for two years and the studio will continue to produce programming for OWN,’ the statement read.

In 2011, the Chicago Mayor at that time,  Richard Daley named the street outside Harpo Studios after Oprah Winfrey.

VIDEO: Olamide Blesses Fans With ‘Anifowose’ & ‘Sitting On The Throne’