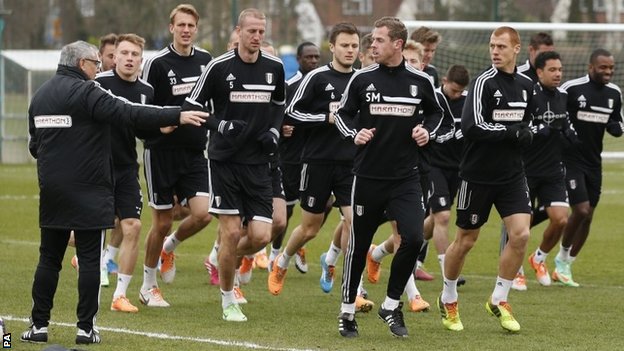 After watching his team hand him the first victory of his Fulham career, Felix Magath has revealed he believes his side can avoid relegation. Fulham defeated Newcastle United 1-0 in what will now be remembered as Magath’s first win as coach.

Fulham netted in the second-half through Ashkan Dejagah having not won any of their last nine games.

Magath has taken charge of four games since he became the club’s manager. The manager was pleased about his side’s victory as he spoke to reporters about the survival chances of his team.

“I told you before the game I am convinced we can manage it and stay in the league, and after this victory I am even more convinced,”

“It is a good feeling to have a win at the end of the game. I think the atmosphere was tremendous the fans supported us very well.

“If you begin a new job you know you need a win, it’s extraordinarily important that you have a win as the players are not confident and they need confidence.”

Other teams battling relegation such as West Brom, Sunderland and Crystal Palace also picked up points but Magath is solely focused on his team.

“I don’t care much about the other results because we have to do our work and get our results,” he added. “It’s not only the result today, it’s the game we played, we were the better team.

“It will give us the confidence that we can avoid relegation and stay in the league.”