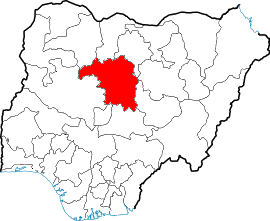 About 100 people have been reported killed by suspected Fulani herdsmen in Ungwan Gata, Me-Sankwai and Tekum villages in Kaura Local Government Area of Kaduna state.

An eyewitness, Dr John Danfulani told Channels Television that the gunmen, who were carrying AK47 rifles and other dangerous weapons attacked the three villages at about 10pm on Friday night till the early morning of Saturday, shooting people and burning down houses.

He said the attackers stormed the three villages through Ganauwri, a border community between Kaduna and Plateau state and later escaped through the same route.

Confirming the incident to Channels Television, the Kaduna State Police Command Public Relations Officer, Superintendent Aminu Lawan said more policemen have been deployed to the trouble areas to maintain law and order, adding that the police is yet to get the number of those that died in the attack.

Reacting to the incident, Governor Mukhtar Yero, who spoke through his media aide, Ahmed Maiyaki condemned the attack, describing it as wicked and ungodly.

He ordered a full investigation into the incident and also called on the indigenes to remain calm and law abiding as the state government will do everything possible to bring the perpetrators to book.

The governor has also summoned an emergency Security Council meeting with a view to ascertaining the situation.