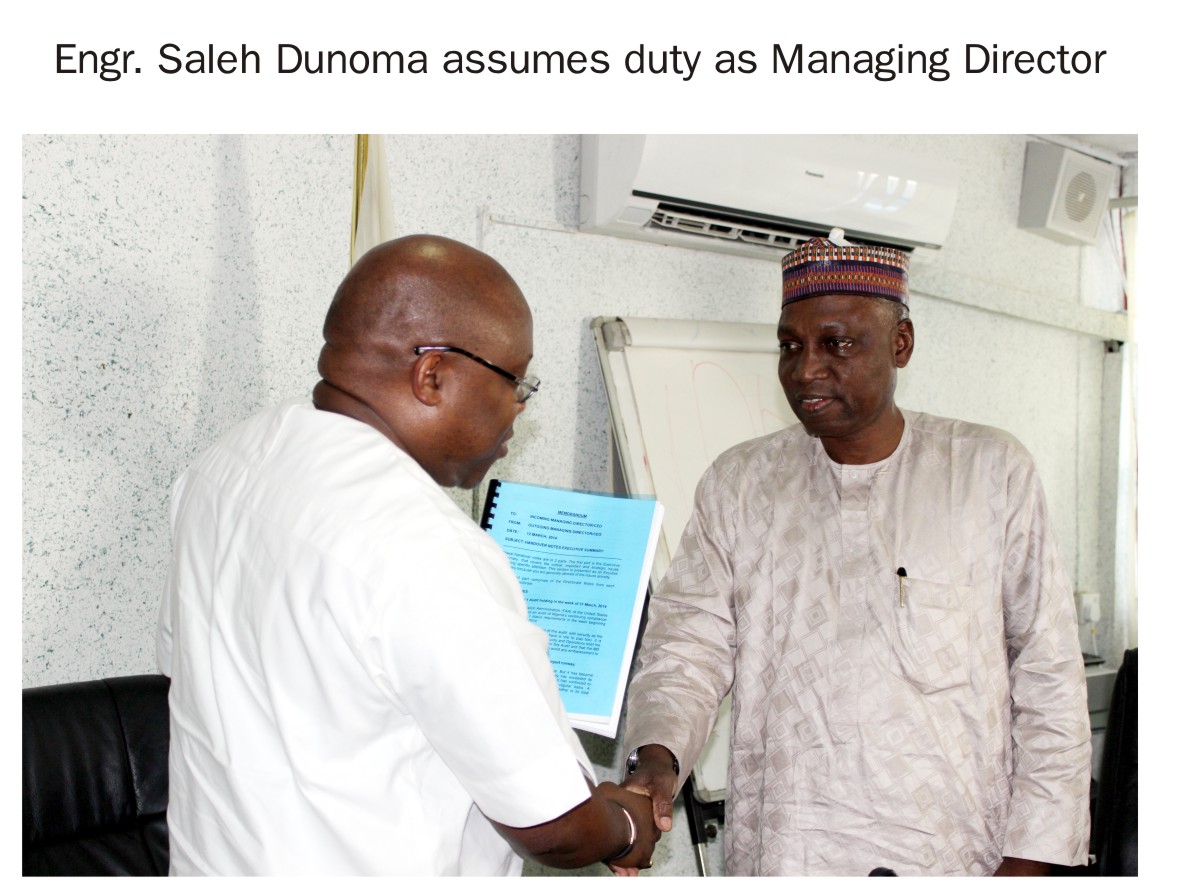 The out-going Managing Director, Mr. George Uriesi applauded the appointment of Engr. Saleh as one of the best decisions taken by Government in recent past, adding that it was a boost for the Authority.

At the brief hand-over ceremony, he also extolled Engr. Saleh as a straightforward leader, whose humility and dignity never failed to marvel him.

Mr. Uriesi expressed appreciation for the great privilege he had working with Engr. Saleh and the entire staff over the past four years, first as a Director and later as Chief Executive Officer of the Authority.

The former Chief Executive explained that even though it would be challenging running the Authority, his desire was to see FAAN blossom.

In his own remarks, the new Managing Director said he had a close working relationship with Mr. Uriesi that he was allowed to take critical decisions on behalf of the former MD.

Engr. Saleh expressed appreciation for the trust and the support he enjoyed from the former Chief Executive adding that his exit from the Authority was a fulfillment of destiny, as it was time for him to move somewhere else.

He was confident that he would succeed in his future endeavor praying to God for guidance and wisdom for him.

The Managing Director gave an assurance that the Authority would continue to build on the good works that the out-going MD had begun.