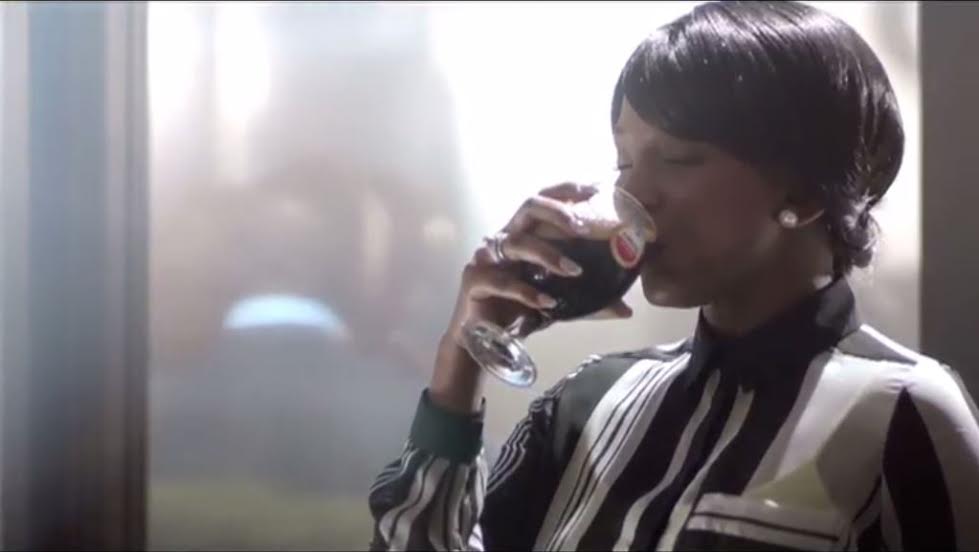 This project is in line with the brand’s commitment to helping young Nigerians be the best they can be.

The commercial, which was premiered at the second edition of Africa Magic Viewers Choice Awards, took place on Saturday, the 8th of March 2014 in Lagos with Amstel Malta as the event’s official sponsor. The unveiling of “The Journey” was one of the high points of the event.

Mikel and Genevieve star in the Nollywood-style clip, portraying the odyssey of their rise to national and global acclaim – the humble beginnings, the struggles through uncertainty, initial breaks and major breakthroughs.

No details yet on the particulars of the deal, but it is confirmed both stars will feature prominently in Amstel Malta campaigns for the next few years.

“It’s a message to young Nigerians” says Amstel Malta brand manager Hannatu Ageni-Yusuf. “A message of hope, of resilience, of ambition and the power of possibilities.

“We all have to prepare and plot our journeys to success and Amstel Malta is committed to empower our consumers all the way. That’s why we have constantly supported MultiChoice in rewarding the best of Nollywood through the AMVCAs.”

The new brand ambassadors and co- stars, Genevieve and Mikel, confirmed they’re excited to be part of a project that encourages and inspires young Nigerians.

“It’s a honour to be a part of this” says Genevieve who has risen through many hurdles to become one of the greatest actresses from Africa. She became the first Nigerian actress to be profiled on the Oprah Winfrey Show and is acknowledged globally as one of Nollywood’s leading ladies of all time.

Mikel Obi also emphasized how glad he is to be a part of the project. “I’m very happy to have an opportunity like this to inspire young Nigerians to be the best they can be. Life is not always a bed of roses, so we all have to learn to make the most of it even in the midst of the struggles that we might face” he said.

According to Ageni-Yusuf, “The campaign will also include a multi-platform series that’ll tell the journey to success stories of some of today’s most inspiring Nigerian figures”.