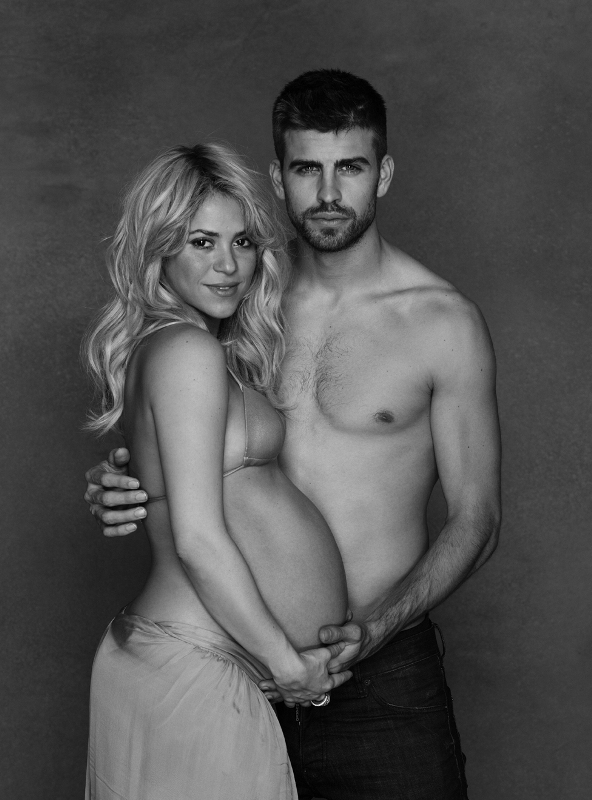 37 years old Colombian singer, Shakira has revealed that she has been warned by her fiancee and baby-papa, Barcelona’s Gerard Pique about shooting raunchy music videos with men.

She says this is the reason she got all steamy with Rihanna in the Can’t Remember To Forget You video. Shakira claims Rihanna is the only person her 27 years old footballer boo will allow to ‘graze’ her thighs.

This is what she told Billboard magazine recently about her protective boo:

“He’s very territorial, and since he no longer lets me do videos with men, well, I have to do them with women,”
“It’s more than implied in our relationship that I can’t do videos like I used to. It’s out of the question – which I like, by the way.
“I like that he protects his turf and he values me, in a way that the only person he would ever let graze my thigh would be Rihanna’

Shakira has a 15-months old son Milan, with Pique

Related Topics:RihannaShakiraGerard Pique
Up Next