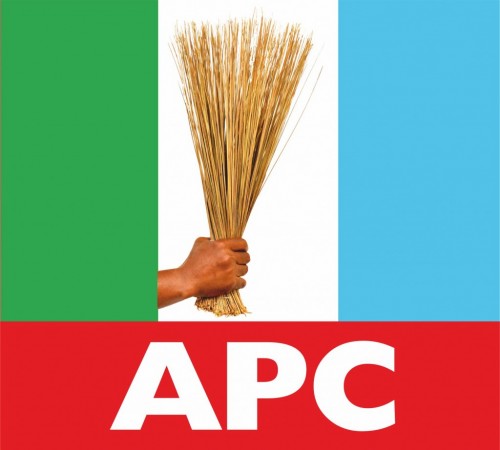 We have learnt with shock and disbelief, of the zero allocation to Rivers State in the 2014 Budget of the Federal Ministry of Works. What this means is that Rivers State will not receive any Federal Government project this year!

No one is deceived by the claim of the Minister of Works, Architect Mike Onolememen, while defending the Ministry’s budget on Tuesday before the House of Representatives Committee on Works, that neither the Federal Government nor his ministry was at war with Rivers State. If that is the case, then what could have warranted the omission of Rivers State from the list of States that will enjoy Federal Government presence in terms of capital project execution this year? If this is not war, then what is it?

This is very sad and condemnable. It is simply unbelievable that President Jonathan could stoop so low as to direct the Ministry of Works to bypass Rivers State just because he has some differences with Governor Chibuike Rotimi Amaechi.

We must, in this regard, commend Hon. Dakuku Peterside, Chairman House of Representatives Committee on Petroleum Resources (Downstream), for proving to be a worthy representative of the people of Rivers State by staging a walk-out in protest over the zero allocation to the state during the Works Ministry’s budget defence.

According to Chief Peterside who represents Andoni-Opobo/Nkoro Federal Constituency of Rivers State, “I decided to leave the budget session on discovering from the ministry’s details of on-going projects and 2014 budget proposal that there was no single allocation for projects in Rivers State. The few projects listed in Rivers State got zero allocation. For such criminal neglect, there is definitely more to this omission than meets the eye”.

A breakdown of details of on-going highway and bridge projects in Rivers State shows that no single allocation was given to such projects as construction of Eleme Junction Flyover and dualization of the access roads to Onne Port in Rivers State; access roads to Eleme Port Harcourt Refinery; construction of Bodo-Bonny Road with a bridge across the Opobo Channel and the rehabilitation of the Abalamabie (Allison Hart) bridge. It will be recalled that Rivers State government awarded and completed Eleme Junction Flyover project in the year 2009.

If we may ask, what joy does President Jonathan derive in continuing this ill-advised war against Rivers State and her people? Under the watch of President Jonathan, Rivers State has lost much revenue as our oil wells were transferred to neighbouring states. They have taken away the oil wells in Soku and given them to his home State, Bayelsa. They have taken the ones between Oyigbo and Etche and given them to Abia. So, our resources continue to dwindle. We used to make between N19bn and N20bn; now we are doing N13bn.

To continue this senseless war against Rivers State and her people, other areas that the administration of President Jonathan has haunted the Rivers State people include the blatant refusal of the Minister of Finance, Dr. Ngozi Okonjo-Iweala, to sign the necessary documents that would have assisted the State to obtain an African Development Bank loan to provide pipe-borne water for the State and save people of the State from dying from diseases related from bad water.

The refusal of the Federal Government to approve the release of these machines into the country that would have benefitted the entire Nigerians is a demonstration of how not to play politics with the life of Nigerians. This is a demonstration of how this government has alienated itself from those it governs and prefers to have our common patrimony kept in private hands while majority of Nigerians continue to wallow in poverty in the midst of plenty.

Refusal by the administration of President Jonathan to implement the UNEP report that would have assisted in the cleanup of the ecological devastated Ogoniland of Rivers State.

With all these sad events it is now very glaring to any sound mind that Rivers State is being treated as a conquered State in a nation in which we are a key player and sadly all these are happening after delivering the highest number of votes that made Dr Goodluck Jonathan the President of Federal Republic of Nigeria during the general elections of 2011.

The All progressives Congress (APC) in Rivers State therefore is deeply saddened by this bizarre turn of events as orchestrated by the Presidency. The State Interim Chairman, Dr. Davies Ibamu Ikanya, is full of sadness; he is dumbfounded that President Jonathan and his administration should declare and sustain a war on Rivers State and her people by ensuring that since he assumed office Rivers State cannot boast of one single Federal Government presence. We as a federating state of this nation pay our taxes and Rivers is among the major states in Nigeria that contribute much to the revenue of this country. Therefore, to be treated as if we are no longer part of this nation because of politics is no longer acceptable to us!

We, therefore, demand an end to this senseless war against an innocent people even as we urge the good people of Rivers State to continue to identify with Gov. Amaechi, who is the face of change in Rivers State. In the words of Dr. Ikanya, “Gov. Amaechi represents change and the people of Rivers, as true progressives, should remain loyal to APC, a vehicle for change both in the State and in the entire Nigeria.”

“Equality For Women Is Progress For All”; International Women’s Day 2014 Is Tomorrow