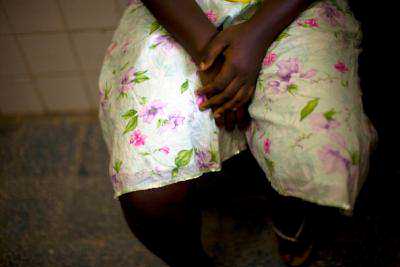 Dr Oyeduni Arulogun, a Senior Lecturer in the Department of Health Promotion and Education, College of Medicine, University of Ibadan, on Monday said rapists in Ibadan were taking undue advantage of deaf girls.

Arulogun told the News Agency of Nigeria (NAN) in Ibadan that indication to this development was revealed by her latest research work entitled: “Sexual and Reproductive Health Needs of Deaf girls: A Case Study of Ibadan.’’

She said: “ Many of the rapists of these deaf girls are their stepfathers and other people well known to them.

“I discovered during my research that they experience sexual, physical and psychological violence just like anyone else.

“It is a worrisome situation because when they are sexually violated, they can’t complain.

“They don’t have the language to communicate and so most of the rape incidents go unreported to the security agents.

“The person that is supposed to help them out does not understand sign language which is a means of communication for the deaf.’’

Arulogun also said that her research revealed that a number of deaf girl tested were found to be HIV positive.

“It was the first time HIV/AIDS test was conducted for them and it was amazing that many of them were positive,” she said.

According to her, deaf girls are not usually predisposed to disclosing information to health workers because there has to be an intermediary between them to interpret.

“They have great concern about the confidentiality of the information that they give.

“They also miss their appointments at the clinic because they don’t hear when they are called,” Arulogun said.

The researcher said that concerted efforts should be made toward giving deaf girls a sense of belonging as special needs persons.

She said that deliberate policies must be formulated by health providers to ensure that some hospital workers understand sign language.

The don called on security agencies to intensify efforts in the arrest and prosecution of rape victims.

Arulogun also urged journalists to assist to check the scourge by sensitising the people on the incidence of rape through media tools.