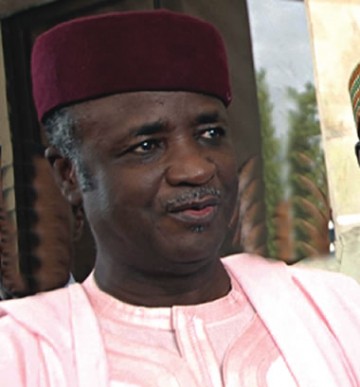 The Sokoto State Government is to establish more micro-finance banks to promote economic empowerment of the masses.

Gov. Aliyu Wamakko announced this in Sokoto on Saturday night at the 2013 Bankers’ Committee Dinner and Award Night.

According to the governor, micro-finance has proven to be a vibrant tool to improve the living standards of the people,

especially those at the grassroots.

“The few ones operating in Gwadabawa, Yabo, Sokoto and Goronyo, among others, are really helping in revamping the rural economies’’, Wamakko said.

Wamakko, represented by the Commissioner for Finance, Alhaji Aliyu Rabah, expressed happiness with the mode of operation of all commercial and deposit banks in the state.

“The banks have been operating in the most decent and transparent manner and executing various corporate social responsibility projects.

living standards of the people’’, the governor said.

Wamakko promised to protect all the public structures that had been renovated by the banks.

Also speaking, the Branch Controller of the Central Bank of Nigeria (CBN) in the state, Alhaji Mohammed Idris, said the apex bank’s cashless policy will officially take off nationwide on July 1.

conducive and peaceful to carry our operations.’’

Mr Danjuma Lawal, Assistant Commissioner of Police in charge of Criminal Investigation Department in the state, urged the banks and the people to continue to be security conscious.

“Do not deceive yourselves that nothing is happening in Sokoto. What about other places?

“There is the need to be security conscious wherever you are’’, Aliyu said in a paper entitled, “Security Awareness.’’

NAN reports that highlight of the event was the conferment of an award on the Sultan of Sokoto, Alhaji Sa’ad Abubakar III by the Sokoto Bankers’ Committee.

The award is in appreciation of the contributions of the Sultan in maintaining peaceful co-existence in the state and the country in general.