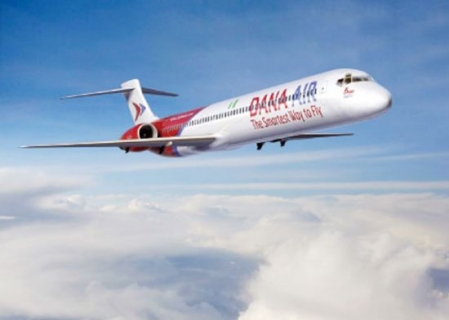 The Dana Airline on Friday flew about 500 pupils drawn from various schools across Lagos on an excursion of airport facilities.

The company said that this was part of its Corporate Social Responsibility (CSR) initiatives.

The Chief Pilot of the airline, Capt. Segun Omale, told aviation correspondents at the Murtala Muhammed Airport (MMA2) that the company would once again lead in the drive to impact positively on children.

“We are a caring airline that will continue to pay serious attention to issues that concern proper education of the future generation.

“Our commitment for this all important excursion is anchored on our firm belief that a well informed child represents hope for the future of mankind as information drives the development of any nation,’’ he said.

He said that the excursion was in partnership with Bi-Courtney Aviation Services Ltd., owners of the MMA2, while Dana was providing the aircraft for the expedition purpose.

Omale said that the expedition would be a week-long programme with over 500 pupils, while the participants would have first-hand experience of how an airplane worked.

He said that Dana airline identified with all global and local initiatives to improve the educational pursuit of children.

The chief pilot said that the airline, through its Kidz Fly Programme, had always given children the chance fly from one state to another aboard an aircraft.

“It will be recalled that through the airline’s charitable trust, the Sri Sai Vandana Foundation (SSVF), Dana Air has been fulfilling its CSR with an In-flight Envelope Donation Programme

“This programme has helped to raise millions of naira for the National Sickle Cell Centre in Lagos since 2009 as well as involvement in the Autism Awareness Drive,’’ he said.

It would be recalled that the airline was the only domestic airline that successfully had an operational audit conducted by the Nigeria Civil Aviation Authority Flight Safety Group.