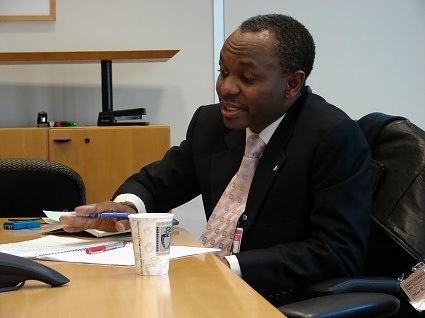 Deputy National secretary of the All Progressives Congress (APC), Mallam Nasir El-Rufai has pledged his support to a particular candidate in the forthcoming 2015 Presidential Election.

That candidate is none other than General Muhammadu Buhari. The former FCT Minister disclosed this via a tweet which may ruffle a lot of feathers within the opposition party as many questions such as the following may arise:

i) Has the upper hierarchy of the APC secretly adopted Buhari as their Presidential candidate for 2015 even without conducting party primaries?

ii) If at the end of the day Buhari does not become the party’s candidate, won’t El-Rufai’s loyalty become questionable?

iii) Is El-Rufai acting the script of his party or that of a personal camaraderie with the ex-military ruler?

These and many more questions would arise from this tweet but the answers would only be gotten in the coming days, weeks and months as political events unfold.

One thing is certain however, assertions and comments such as this will further heat-up the already overheated polity.

Check out the tweets belows: (GMB is an acronym El-Rufai uses for General Muhammadu Buhari)

“@aliyubugaje: Sir please what can you say about the issue concerning you and GMB? @elrufai“….what issue? Is there any I am not aware of?

Nonsense. GMB is the only candidate I support for the presidency in 2015