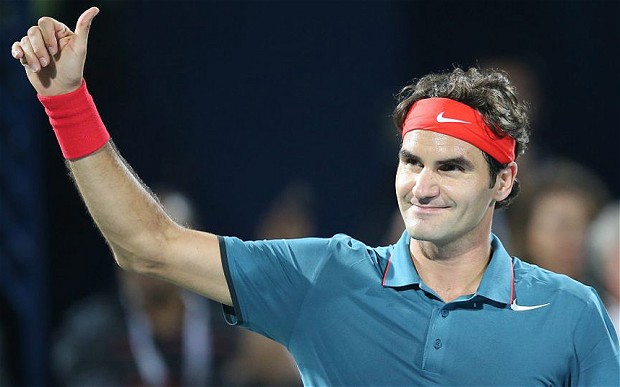 Roger Federer won his sixth Dubai Open title on Saturday with a 3-6, 6-4, 6-3 victory over Tomas Berdych of the Czech Republic.

The 32-year-old Swiss captured his first title since Halle last year and the 78th of his career.

“I train a lot here in Dubai it’s helped me to become heat tough. It’s wonderful and I couldn’t be happier,” said Federer.

Federer, who lost to Berdych in three sets in the 2013 Dubai semi-finals, had knocked out top seed Novak Djokovic in the last-four on Friday.

The world number eight has now moved above John McEnroe to stand alone in third place in the all-time title leaders list.

He has won at least one ATP World Tour title every year since 2000.

Federer now leads Berdych 12-6 in career meetings, having lost his past two encounters with the Czech, in the 2012 US Open quarter-finals and in the Dubai semi-finals last year.