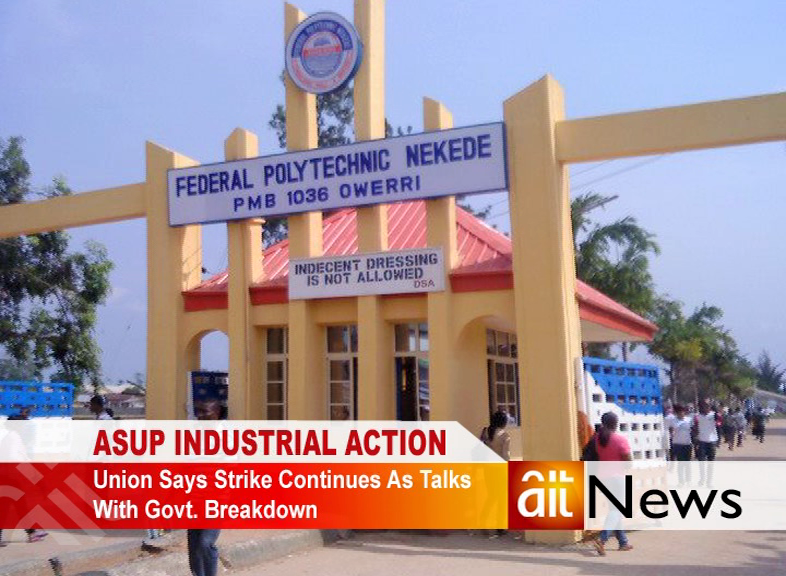 The Academic Staff Union of Polytechnics in Yola on Wednesday said it would continue with its six months old strike unless the Federal Government met its demands.

ASUP National Public Relations Officer, Mr Clement Chirman, told newsmen it was unfortunate that the Federal Government had not demonstrated enough will to accede to the teachers’ demands.

Chirman said the union had, therefore, decided to solicit the support of the members of the public in pressing home its demands.

“The attitude of government is a clear manifestation of government’s estimation of the importance of polytechnic education.

“It is this same perception that acerbated the discrimination and marginalisation of the sector and its graduates by both the public and private sectors of the economy,” he said.

He blamed the country’s slow technological development on government’s insensitivity to polytechnic education.

“We make bold to say that the critical state of the polytechnic sector today has significantly been encouraged by government’s attitude and approach to issues concerning it,” he said.

The News Agency of Nigeria reports that the issues in contention, included the migration of the lower cadres on the CONTISS 15 salary scale.

ASUP is also seeking the release of the White Paper on the Visitations to Federal Polytechnics and the commencement of the Needs Assessment of Nigerian Polytechnics, among others.