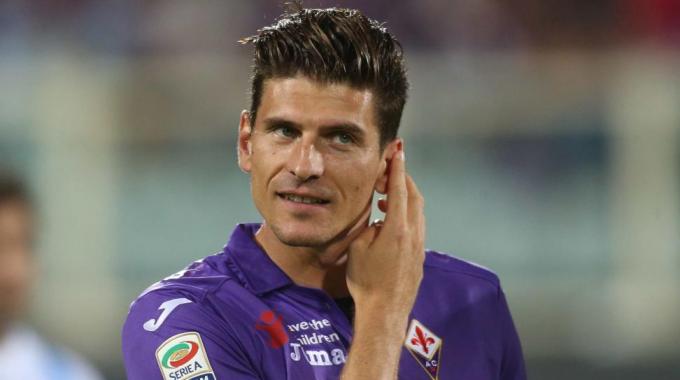 Fiorentina coach, Vincenzo Montella has revealed that forward, Mario Gomez may return to footballing action from injury against Inter today.

Since September, the German has been out with a knee injury. He returned to the bench midweek for his club’s Coppa Italia semi-final win over Udinese.

Gomez moved to Fiorentina from Bayern Munich in the summer. At a press conference on Friday, Montella revealed his player, Gomez is ready for action.

“Mario is training well. He’s enthusiastic about playing, but he’s still not physically in top condition,”

“Hopefully he’ll be able to play a little part tomorrow [Saturday], but we’ll have to wait and see.

“This game’s a game in and of itself. It’s a whole different story to the match last year.”

Julio Cesar Joins Toronto FC On Loan Ahead Of Mundial