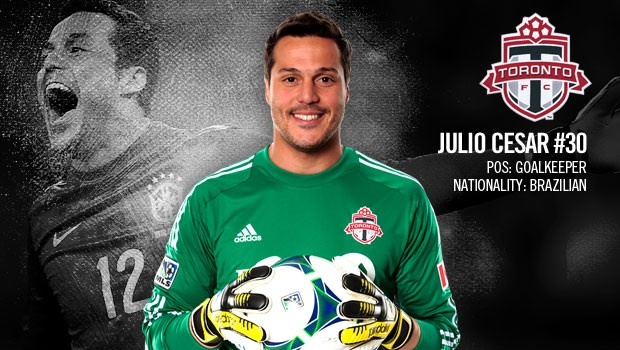 Veteran goalkeeper, Julio Cesar has joined MLS side, Toronto FC on loan from Championship side, QPR.

34 years old Julio has made just a single appearance for QPR this season. He joins the MLS outfit until the end of the season as he was recently listed for Brazil’s latest squad and it appears he is now keen to get more game time ahead of this year’s World Cup which will take place in his country, Brazil.

“I’m really excited to start work with my new colleagues at this new club.”

“When I accepted to come here I spoke to Scolari and Parreira beforehand,”

“Parreira knows the league well and he said ‘if you go there you will play in a tough league’.

“I don’t have doubts to come quickly.”