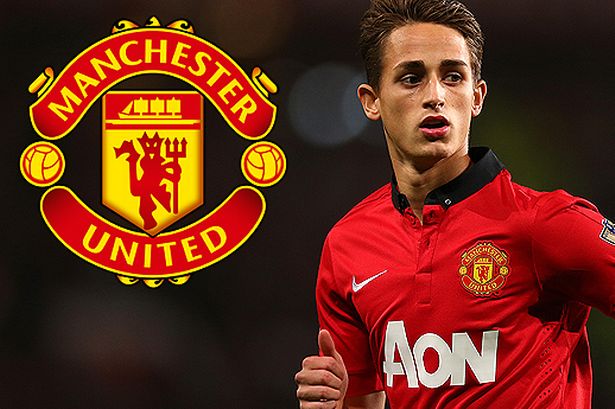 Red Devil, Adnan Januzaj has being invited to play for Kosovo in March.

The teenager was born in Belgium to Kosovar-Albanian parents. He is currently one of the most sought after players in the world after amazing displays for his club, Manchester United

England, Serbia, Albania, Turkey, Croatia and Belgium all want him to dorn their national colours but he has now been invited by Kosovo

The three lions of England coach, Roy Hodgson has even made a move for the services of Januzaj, who would be eligible to represent England when he is 23.

FIFA rules stipulates that a player has to have lived in a country for five years before he can represent them.

Kosovo are however keen to tie down the winger with at least one appearance when they face Haiti in an international friendly against on March 5.

The secretary general of Kosovo’s Football Federation, Eroll Salihu has spoken about the move

“We are in discussions with Adnan’s family and to have a player of his amazing talent play in our very first match would be hugely symbolic,”

“We feel he owes it to his people to take some part in the match, even if it is for just 15 minutes.

“I stress this is a symbolic gesture. By playing in this match we are not thinking he is making any commitment to us.

“It is a friendly and would not have an effect on him being able to play for another country in the future.

“It is not our purpose to do that, but we hope he can be with us on a very special and memorable occasion.”

Januzaj is eligible to play for Belgium because he was born in the capital, Brussels. He can represent Albania as regards his parents nationality. Turkey is another option because of his grandparents. Serbia is a final option too since Kosovo’s independence from Serbia is yet to be recognized by the United Nations.