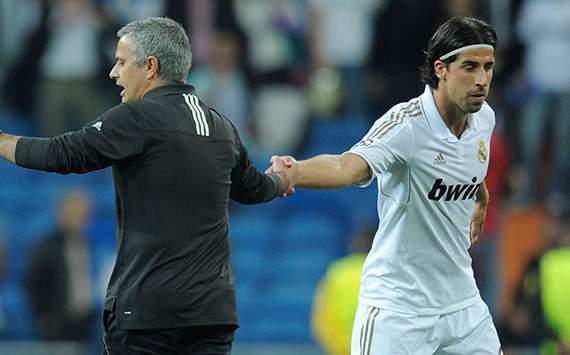 Injured Real Madrid midfielder, Sami Khedira is being considered by Premier league outfit, Chelsea for a potential transfer in the summer. Chelsea manager, Jose Mourinho signed the German for Real Madrid in 2010 from Stuttgart in a deal worth £11.5m

The German international is out injured after damaging his cruciate ligament in November and out for the rest of the season. The midfielder hopes to recuperate in time for the 2014 World Cup in Brazil.

Reports have it that PSG is also considering a move for Chelsea’s David Luiz.

If Khedira arrives at the Bridge next season, it is expected that Nigerian midfielder, John Mikel Obi may have to be shipped out.

‘Wenger Is A Specialist In Failure’, Mourinho Blasts Arsenal Manager