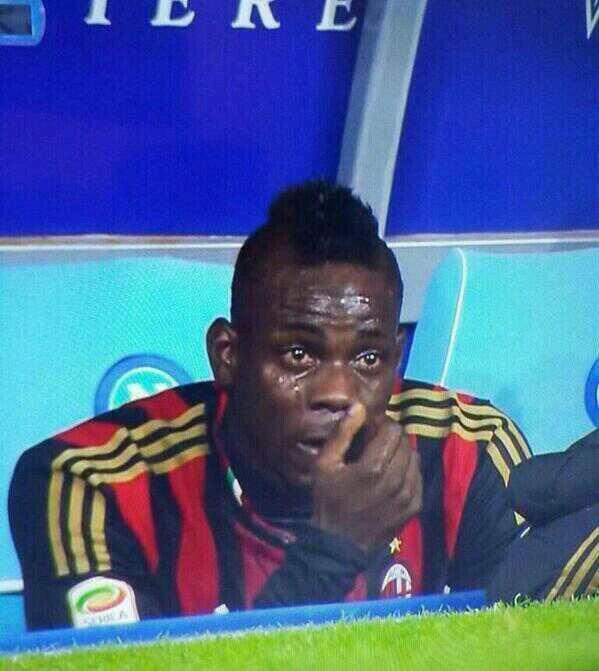 Italian side, Napoli has made a press release stating that controversial AC Milan forward, Mario Balotelli was not abused when both sides met at San Paolo on Saturday. A game AC Milan lost 1-3.

“In relation to some suggestions on Facebook saying that Mario Balotelli cried on Saturday at the stadium because of racist chants against him, Napoli would like to point out that there were no racist chants towards him, just as there have never been any racist chants to anyone at the San Paolo,” the statement explained.

Adel Taarabt had given AC Milan the lead but an equalzizer from Gokhan Inler and a double from Gonzalo Higuain was adequate to condemn Milan to a defeat, a result which leaves Seedorf’s side in 10th position on the Serie A table.

Guardiola Is In The Perfect Place – Thomas Muller