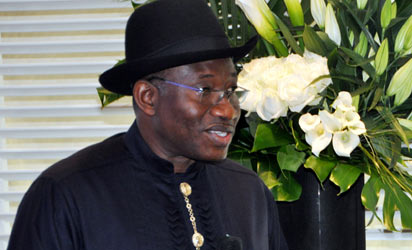 President Goodluck Jonathan has summoned the Council of State meeting, which has Vice President Namadi Sambo as the deputy chairman.

Members of the meeting include all former Presidents and Heads of Government, all former Chief Justices of Nigeria; President of the Senate; Speaker of the House of Representatives; all the 36 state governors and the Attorney-General of the Federation as members.

The meeting to hold Tuesday, will focus on Nigeria’s 100 years of centenary celebration, planned national conference and the 2015 general elections.

Former President Olusegun Obasanjo and former military dictators, Gen. Ibrahim Babangida and Maj.-Gen. Muhammadu Buhari (retd.) have however been staying away from previous meetings, leaving only former President Shehu Shagari, Gen. Yakubu Gowon and Chief Ernest Shonekan to attend.
The last time the meeting was held was on March 12, 2013, when a former Bayelsa State Governor, Chief Diepreye Alamieyesegha, and some others were granted state pardon.