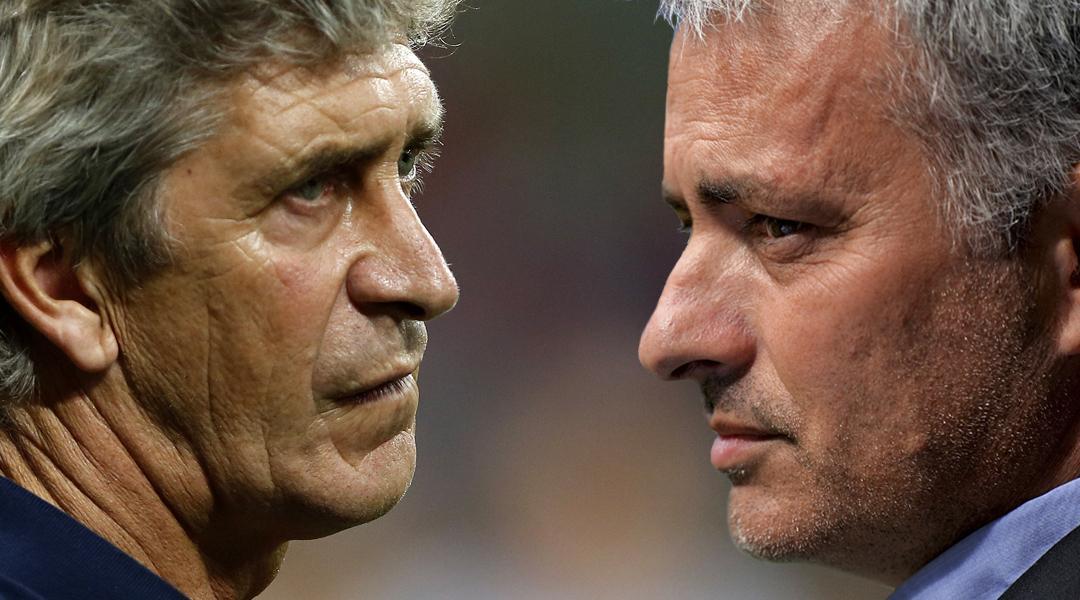 Reacting to Jose Mourinho’s claim that his side have been lucky with referees’ decision all season, Manchester city manager, Manuel Pellegrini has said his side’s upcoming encounter against Chelsea cannot be reduced to a personal battle between himself and Mourinho:

“It is not me against Mourinho, or him against me,” he said.

“On Monday it is Manchester City against Chelsea, both teams are fighting for the title. Nothing more.

“For both teams it is a game of six points. With Arsenal we are the three involved in the fight for the title, and also Liverpool and Everton, so every game we play against all those teams is a game for six points.”

Chelsea gaffer, Jose Mourinho had laughed off Tim Sherwood’s claim that Manchester City is the best team in the planet after the latter saw his Tottenham side lose 1-5 to the Citizens recently.

“The reality is they have many crucial decisions in their favour,”

“The referees, they try to do their best and sometimes they make mistakes and normally during the season the mistakes are split between teams.”

“In their case, they have everything in their favour.”

“Maybe, for the Tottenham manager, the planet is England”.

“You will see (how good City are) in the Champions League. You will see in the next couple of months”, Mourinho said

Manchester City faces Barcelona in the first knockout round of the tournament, with the first leg on 18 February.