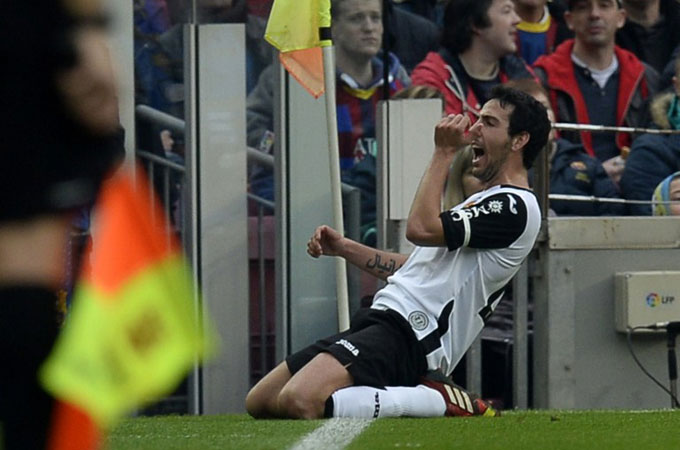 Barcelona had to endure their first home defeat of the season as they lost 2-3 to Valencia on Saturday. Their loss leaves the title race open to rivals Athletico Madrid and Real Madrid. Athletico is only behind them on goal difference and Real Madrid is only  behind them by a point.

Alexis Sanchez had put Barca ahead early in the game but Daniel Parejo leveled the encounter before half time. Pablo Piatti netted for Valencia again after the break as the visitors took the lead. Former world footballer of the year, Lionel Messi struck from the spot in the 54th minute to restore parity. The joy of the hosts was short-lived as Alcacer restored Valencia’s lead after finishing off a superb counter attacking move.

With about ten minutes to go, the hosts lost numerical advantage Jordi Alba was dismissed for a second yellow card.

There was a minute of silence before the game for former Spain coach Luis Aragones, who died earlier in the day