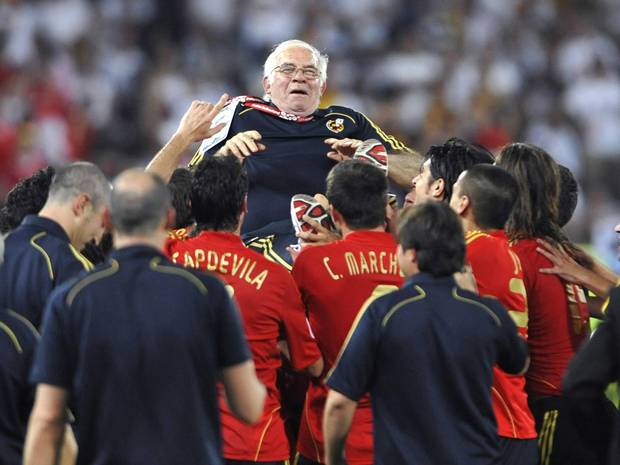 The former coach of Spain, Luis Aragones has passed on at the age of 75. He passed on this morning in a Madrid clinic.

Aragones was in charge of the triumphant Spanish side at Euro 2008. He had coached Athletico Madrid, Barcelona and Valencia in the past.

During his coaching career, he was dubbed ‘The Wise Man from Hortaleza’

He also had 11 caps for Spain.

He won nine titles as a coach with Barca and Atletico.

Related Topics:Luis Aragones
Up Next

Zimbabwe And Nigeria Battle For Bronze