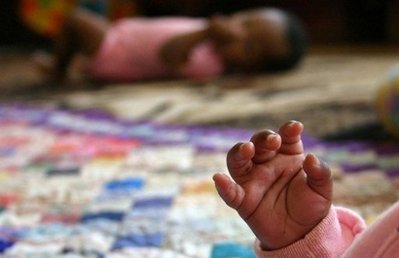 The Nigeria Immigration Service, Ondo State Command, said on Thursday it had discovered a ‘baby factory’ in Ilu-tuntun, Okitipupa Local Government Area of the state.

The command told newsmen in Akure that 19 men and women who were allegedly cohabiting and producing children for the owner of the ‘factory’ were arrested.

They comprised eight men and 11 women and the owner of the factory.

Five of the women were carrying children, while another five were found pregnant.

The Comptroller of the command, Alhaji Al-Hassan Musa, said “we were able to arrest these people by acting on a tip-off we got from Abuja.”

“A circular emanating from the headquarters informed us that an operator of a baby factory in Imo State has relocated to somewhere in Ondo State.

“We swung into action and our investigations led us to Ilu-tuntun where we arrested these people.

“Our investigations also revealed that the operator, who was said to be in connivance with a Camerounian, has another such factory in Ore, Odigbo Local Government Area of Ondo State,” he said.

The comptroller also said that the culprits would be handed over to the National Agency for the Prohibition of Traffic in Persons and Other Related Offences (NAPTIP) in Lagos.

However, some of the suspects and the alleged proprietor, who spoke with newsmen, denied the allegations, saying they were all members of a family.

House of Assembly Calls For Complete Overhaul Of Schools In Kwara