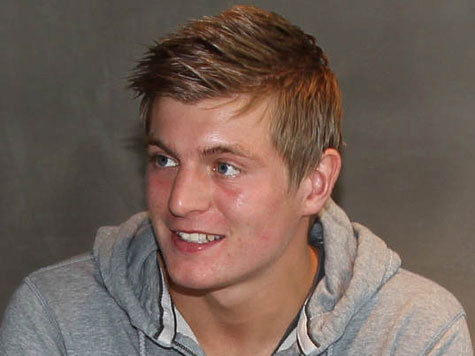 A Norwegian TV presenter Jan Aage Fjortoft claims the Blues have asked Bayern Munich to name their price for  Toni Kroos and are ready to foot his wages no matter what.

Manchester United gaffer, David Moyes was pictured with the German’s agent but it seems Jose Mourinho is set to hijack the deal

The midfielder has not ruled out the possibility of leaving. He recently spoke to Kicker

”I can’t rule out anything,”

”No talks are planned in the near future. I am fully focused on the Rueckrunde [second part of the bundesliga season] now.

”There are worse situations in life. I play for a top club, and under a top coach. I am pleased, and sometime in the future a decision will be made.”

Do you think Pep Guardiola will let Toni Kroos head to Chelsea?