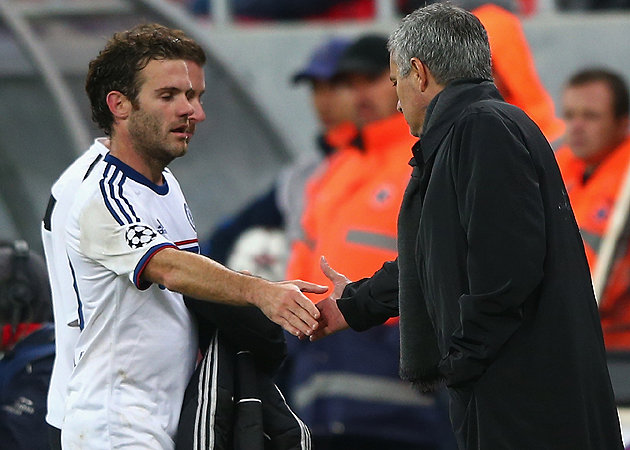 So many Chelsea fans and football observers worldwide have wondered why Chelsea manager, Jose Mourinho agreed to sell the very intelligent and talented, Juan Mata to a domestic rival, Manchester united. The Chelsea gaffer has come out to explain his reason for such an action as he also claims Mata chose Manchester United over other interested clubs

‘If a similar situation happened where, instead of Man United it was Arsenal, City, Tottenham or Liverpool we would do the same,’ he explained. ‘If the offer was the same, and Juan decided to go, it would be the same.

‘Man United are obviously a big club, and when a player is not happy at the moment at Chelsea, but he loves to be in the Premier League, he’s thinking about the World Cup and playing regularly.

‘He saw the stability the team has at the moment with Willian, Oscar and Hazard and he thought about leaving. He was trying to find the best option for him and he decided to go to United, which is understandable.’

A.S. Roma Warns PSG, ‘Pjanic Is Not For Sale’