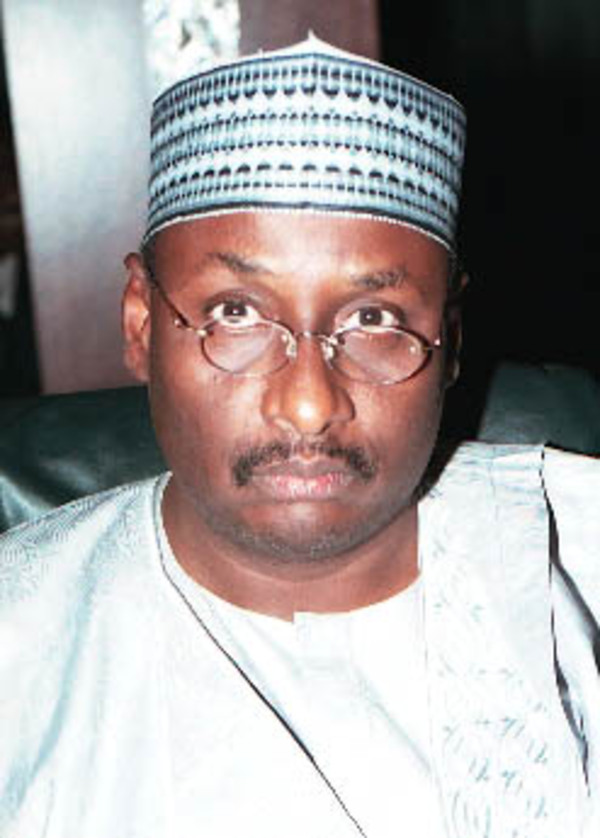 The new national chairman of the Peoples Democratic Party (PDP), Alhaji Ahmed Muazu has tendered a pubic apology yo the lawmakers, stakeholders and five governors who left the party for the All Progressives Congress (APC) over what happened. Muazu also made it clear that the PDP doors were open to welcome the former members back.

The PDP Chairman was speaking when Governor Sule Lamido of Jigawa state paid him a solidarity visit at the National Secretariat of the party. The chairman said his leadership would continue to fortify the nation’s democracy. He also revealed a powerful reconciliation committee will be constituted to reach out to all those who defected from the PDP.

Muazu also urged Governor Lamido to help convince the defected governors to return to the ruling party just as he promised that the current National Working committee (NWC) will study everything which happened and proffer solutions to the injustices towards the aggrieved former PDP members.

You will recall that Governors Aliyu Wamakko of Sokoto; Ahmed Abdulfatih of Kwara, Rabiu Musa Kwankwaso of Kano, Chibuike Amaechi of Rivers and Murtala Nyako of Adamawa States left the PDP for APC as a result of irreconcilable differences which arose from squabbles in the PDP

“Whatever be the case, I appeal to them (defectors) to let us correct it and move ahead. We will look at the various things that made our party to shrink in size. We are going to be bold to correct whatever injustice had been done.
“Please talk to the G-5 governors on our behalf before we go to them; appeal to their senses of patriotism; appeal to their senses of commitment to the PDP because PDP is Nigeria. Let us accept peace and move forward. I have seen the need to form a high level committee very soon to undertake genuine reconciliation in the party.
“I will like to appeal to you (Lamido) to be part of us, come with us to go and see all those who had been offended to tell them that we are sorry. Again, I appeal to all who had gone to come back home. We will deepen internal democracy so that if we succeed, anybody with our ticket will be sure of victory during elections”, Muazu said

Lamido who was accompanied by his deputy, the three Senators from his state, the 11 House of Representatives members, the National Vice Chairman, North West, Ibrahim Kazuare and many others revealed that Muazu had a herculean task ahead of him. Lamido was not sure whether to commiserate with or congratulate Muazu who is inheriting a party which suffered impunity during the tenure of the immediate past National Chairman, Alhaji Bamanga Tukur.

PDP Insists Seats Of Defected Lawmakers Must Be Declared Vacant