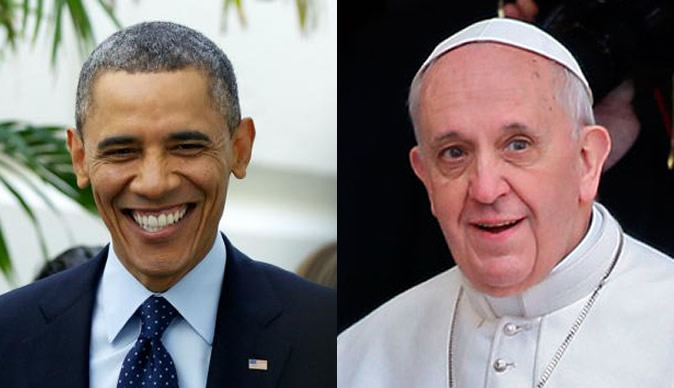 On the 27th day of March this year, President Barack Obama of the United States of America is scheduled to meet the Pontiff of Rome, Pope Francis. This is part of his European trip which will be underway by then.

The White house has revealed that:

Obama will begin is European tour with a visit to the Netherlands within the 24th and 25th of March where he will he will meet Dutch leaders and participate in a nuclear security summit hosted by the Dutch government.

Obama will then travel to Brussels, Belgium for an U.S.-European Union summit with the presidents of the European Council and the European Commission on the 26th of March. While in Belgium, he will rub minds Belgian leaders and NATO Secretary General Anders Fogh Rasmussen.

Bill Gates: Violence In Pakistan And Nigeria Threatens Plan To Eradicate Polio By 2018