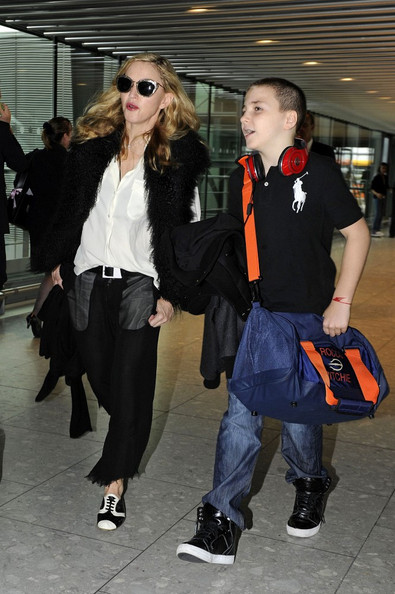 When singer, Madonna posted a photo of her son, Rocco Ritchie on Instagram with the caption, ‘#disnigga’, she probably never expected the entire uproar and berating she received for using the racial slur. When some of her followers clamped down on her for using the n-word, she had to quickly delete her comment.

She later re-posted the photo on Instagram with a different caption this time, “Ok, let me start this again.”

Not still impressed, she later deleted the photo on Saturday afternoon and then went on to tender an apology

“I am sorry if I offended anyone with my use of the ‘n-word’,” she said in a statement issued on Saturday.

“It was not meant as a racial slur. I am not a racist. There’s no way to defend the use of the word.”

“It was all about intention, It was used as a term of endearment toward my son who is white.”

“I appreciate that it’s a provocative word and I apologize if it gave people the wrong impression.”

Beyonce & Jay Z Confirmed To Perform At The 2014 Grammy Awards Among Others! [See Details]