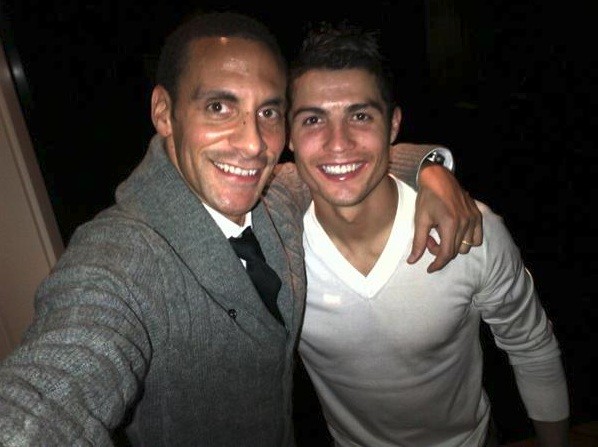 After being crowned World Footballer of the year for the second time in his career on Monday evening, a letter was addressed to Cristiano Ronaldo on Social Networking site, Facebook. The author of the letter is Ronaldo’s ex team mate at Manchester united, Rio Ferdinand. This letter comes as a tribute and will definitely stir up emotional responses. Here you have it:

“Cristiano Ronaldo – what can I say… incredible achievement, proud of you bro. Cristiano is living proof that no matter how much talent you have as a youngster, you have to work hard in order to be successful.

“My first memory of Cristiano was in a pre-season friendly against Sporting Lisbon. After the game, the lads were raving about him, trying to convince Sir Alex and Carlos Queiroz to sign him up. Never had I seen a more mesmerising performance from a youngster than I did that day, he amazed us all. A few days later, he was a United player.

“When I first met Ronnie at Carrington, he came across as a really determined lad – a rough diamond who was prepared to work as hard as he could in order to fulfill his potential. Thousands of hours of graft both in the gym and on the training ground turned him into the perfect specimen.

“I’m still truly astonished by the drive and determination to stay at the top, by not only Ronaldo, but Messi too. It’s been a joy to witness these two push each other week in week out. The question I ask however is: would they be as relentless in scoring so many goals without each other, breaking every record along the way?

“We are blessed to be in an era where both Ronaldo and Messi have lit up the game in a way that has never been seen before.