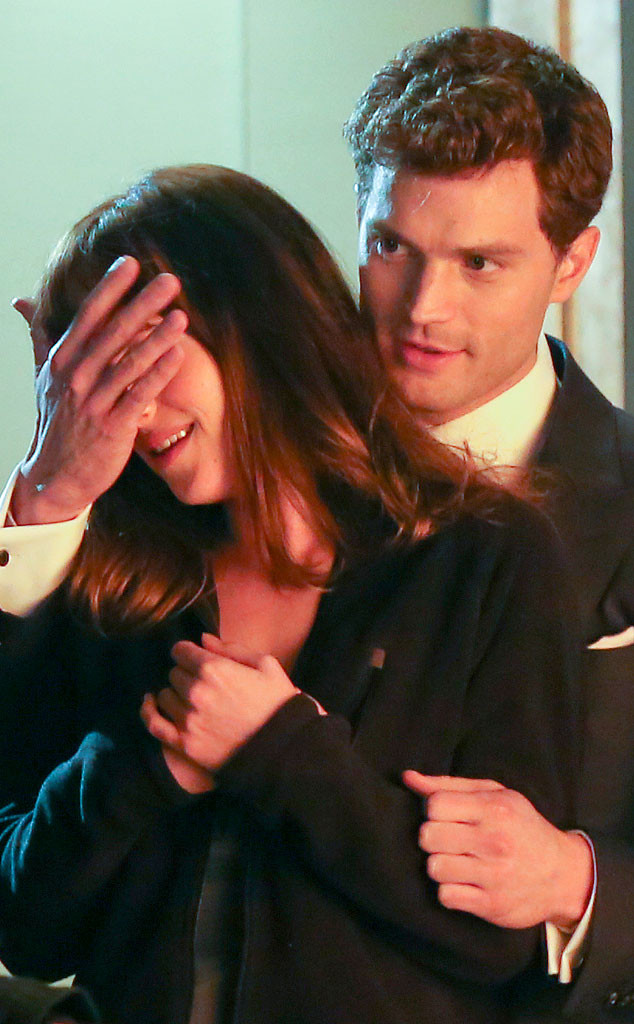 The book, Fifty Shades of Grey may be well know for the sex scenes heavily employed in various chapters. So many people have wondered how intensively the sex scenes will be depicted as an adaptation of the book hits the big screen.

“Its less racy than the book. They felt it would be too much, so they have dialed those scenes back,” a source exclusively tells E! News.

Fans of FSG should however gear up for some ‘great chemistry’ from Jamie Dornan and Dakota Johnson as regards the no-pants dance.

“Overall, the two have great chemistry now. They have filmed a majority of the sex scenes and have really hit it off,” a source revealed to E! News

Other sources had something to say about the FSG cast

“Jamie Dorman loves to drive the Audi and took it off set. The first time everyone thought it was funny, but then realized it’s a security and safety concern. So they had to tell Jamie he is only allowed to drive from point A to point B.”

Rita Ora had landed in Vancouver this week to begin filming for her role as Mia which will see her wearing a brown wig.

” She stays to herself pretty much. She is low-key and shy.”

Max Martini, who plays Christian Grey’s bodyguard is fast becoming the favourite if nearby fans as a source revealed to E! News

“He is the nicest guy. He comes across the street to where the fans are standing and takes pics and gives autographs to everyone who wants one. He even goes out of his way to come back across the street and ask if he missed people and will then take pics with them.”